Sylvia
The Avenue Theatre: through September 6 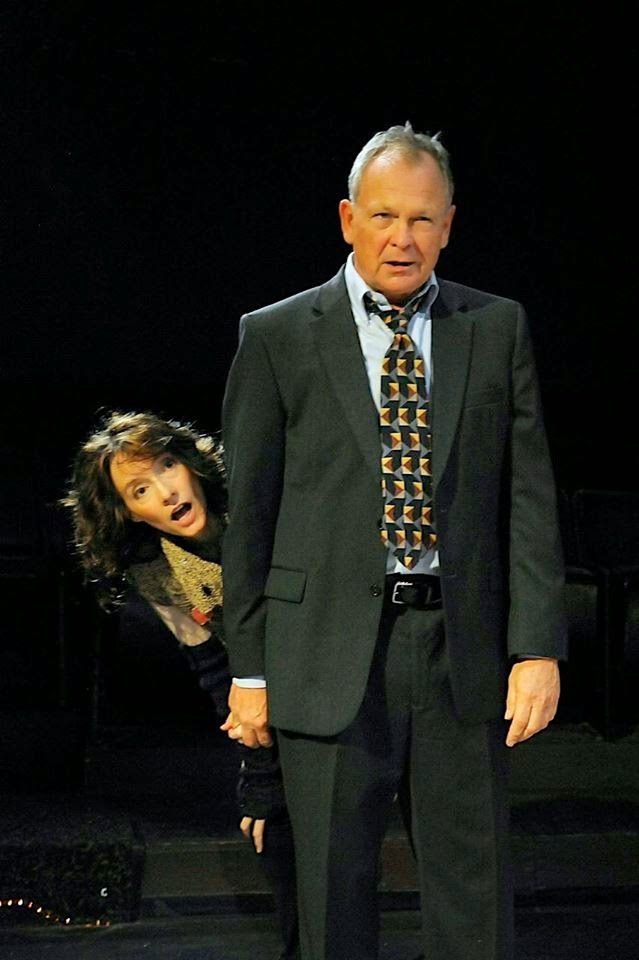 When you’ve seen a show umpteen different times and still bust a gut you’ve gotta know the show's a winner.

A.R. Gurney’s “Sylvia,” is a hoot the first time around. And when you get seasoned actors who have done the show multiple times and a director who has not only acted in the show but also directed it you can’t go wrong buying tickets and indulging your funny bone.

Director Pamela Clifton has infused the show with genuine warmth and given it a quick pace.

Greg (John Ashton) and Kate (Abby Apple Boes) are the married couple whose marriage is threatened by the intrusion of Sylvia, an adorable lost dog who follows Greg home from the park and insists on becoming part of the family.  Greg is a menopausal male, who has become disenchanted with his work as an exec in corporate America and Kate teaches literature to inner city students. Tupper Cullum portrays three characters: Greg’s male buddy,Tom, Kate’s female friend Phyllis and Leslie, a marriage counselor of uncertain gender.

In her portrayal of Sylvia, Amie MacKenzie delivers the consummate canine sweetheart. Her enchanting stage business and hilarious physiology will win the heart of anyone who has ever owned a dog.

It’s a perfectly marvelous and enchanting evening of theatre that has the audience roaring with laughter.

For tickets go online at www.avenuetheater.com or call the box office at 303-321-5925.Marlowe's Musings
Posted by David Marlowe Theatre Reviews at 11:12 PM