The Wizard of OZ
Candlelight Dinner Playhouse: Through September 11 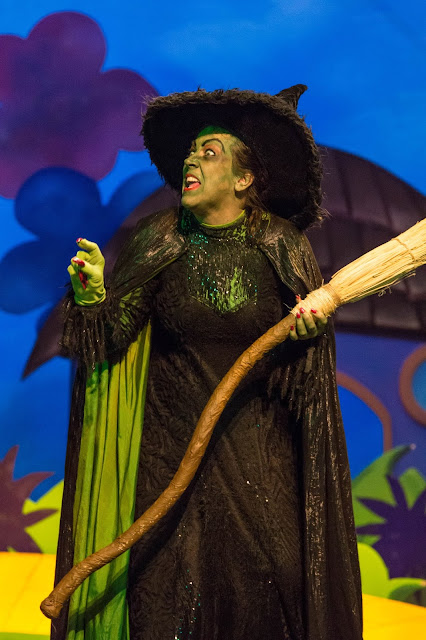 Kent Sugg has directed this “Royal Shakespeare Company” version of Frank Baum’s classic with an eye to the simplicity and whimsy of the piece. As a result, it comes off beautifully.
Christy Oberndorf performs the iconic role of Dorothy Gale.  A sophomore at UNC, this artist is a little taller than our usual Dorothy. Nevertheless… she has an endearing presence and a great set of pipes for her singing of “Over the Rainbow.”
Deylan Dean, also a student at UNC, is a lithe and limber Scarecrow. 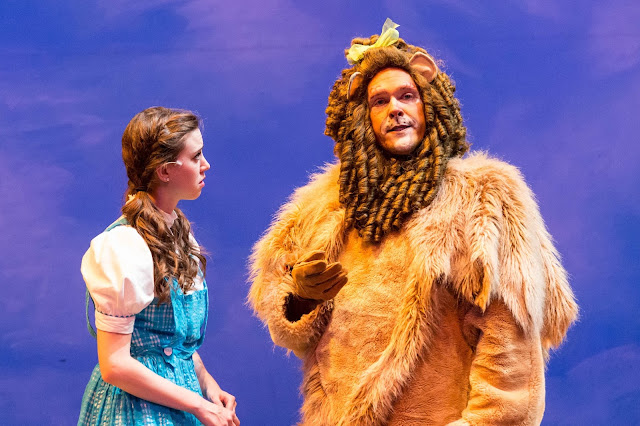 Hilariously bashful as the Cowardly Lion, Markus Warren turns in another stellar performance. He’s the guy you’ll remember for his stunning portrayal of Cinderella’s Prince in Candlelight Playhouse’s smashing “Into the Woods.”
Stephen Bertles not only choreographed the show, but also does a great job tapping his tin (ten?) toes as The Tin Man.
Annie Dwyer’s characterization of that nasty old dog-hating Miss Almira Gulch segues seamlessly into the Wicked Witch of the West in a performance that makes one see and hear why she is such a favorite in the musical theatre productions in Colorado. Brava!
Melissa Swift Sawyer (the star of Denver’s longest running production, “Always Patsy Cline,”) is a scintillating, silver-throated Glynda.
Patrick Sawyer does a great job with his take on the psychic professor in Kansas and appears later as the at first terrifying, and then humbled, Wizard in Oz.
TJ Mullen is hilarious as the Munchkin Mayor! Matt LaFontaine and Sara Grover are just two of the super talents posing behind green glasses and long green bangs in the Emerald City.
Judith Ernst and Linda Morken’s costume design is a delight.
The live orchestra conducted by Wendy Wheaton brings those old familiar tunes to life dynamically.
Scenic Designers Ranae Selmeyer and DJ Selmeyer have created a charming set that gives us as audience the illusion that Frank Baum’s classic tale is being played out in a pop-up story book. Great lighting (Shannon Johnson) and Music Direction (Nicholas Gilmore) enhance the experience.
You’re never too old to fall in love again with “The Wizard of Oz.” It’s amazing how this show is able to turn adult viewers who are young at heart into kids again. And that’s just what Candlelight Dinner Playhouse’s excursion from Kansas to OZ and back again does. If there were one small criticism it would be that one wishes for more of the visual with regard to the twister. Although Dorothy’s house is given a couple of spins before she finds herself in Oz, the tornado is never visualized.
It’s the wonderful auditory tornado described by the sensational instrumentation of the live orchestra that takes us there.
One has to mention the kitchen since this venue is a dinner playhouse. The dinner – in my case their signature Candlelight Grilled Prime Rib Au Jus- was scrum diddly!
So in a nutshell…when you go to Candlelight Dinner Playhouse you can expect superb theatre and an awesome meal served by a great wait staff in a magnificent venue.
And it’s true that upon entering the theatre you’ll feel just like Dorothy coming in off the plains and entering OZ.

Spoiler Alert: Your experience at Candlelight could be so enjoyable you don't wish to go home.
Just sayin.’  Marlowe's Musings
Posted by David Marlowe Theatre Reviews at 9:04 AM No comments: 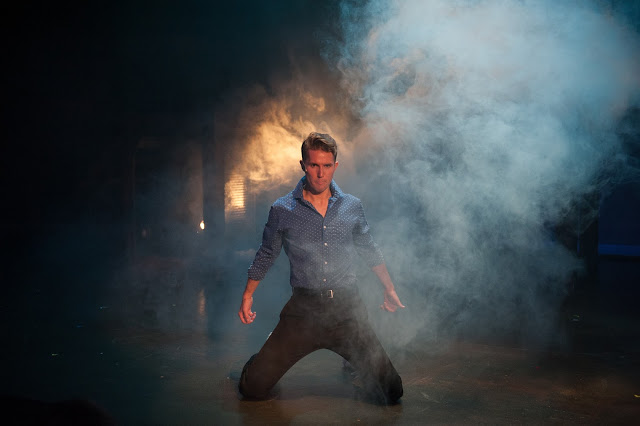 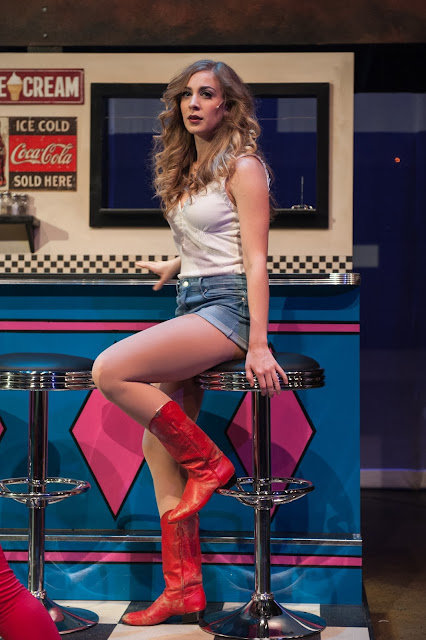 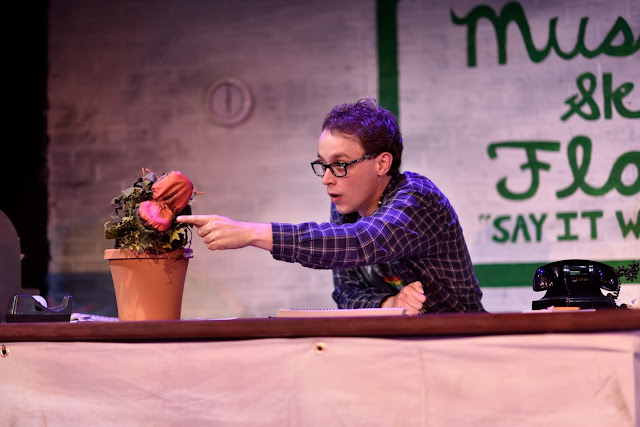 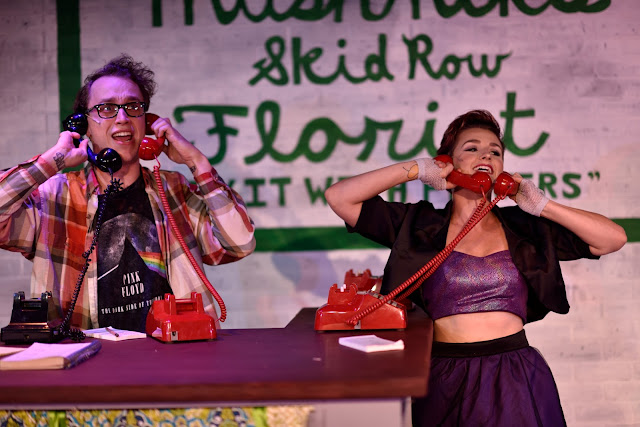 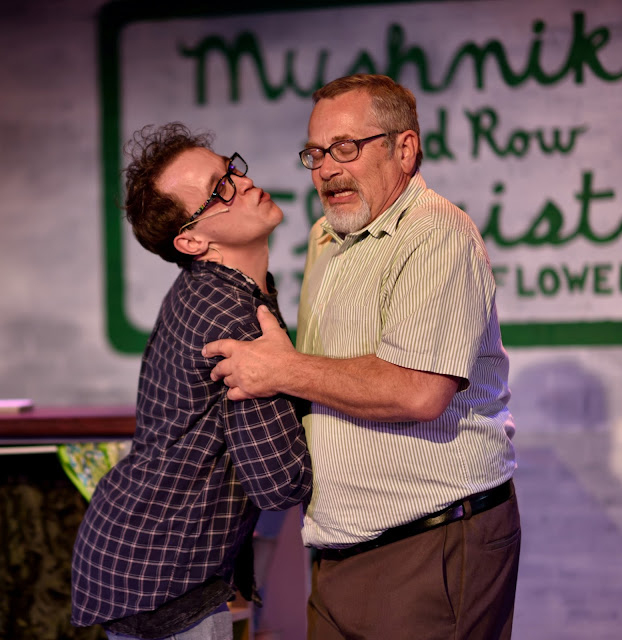