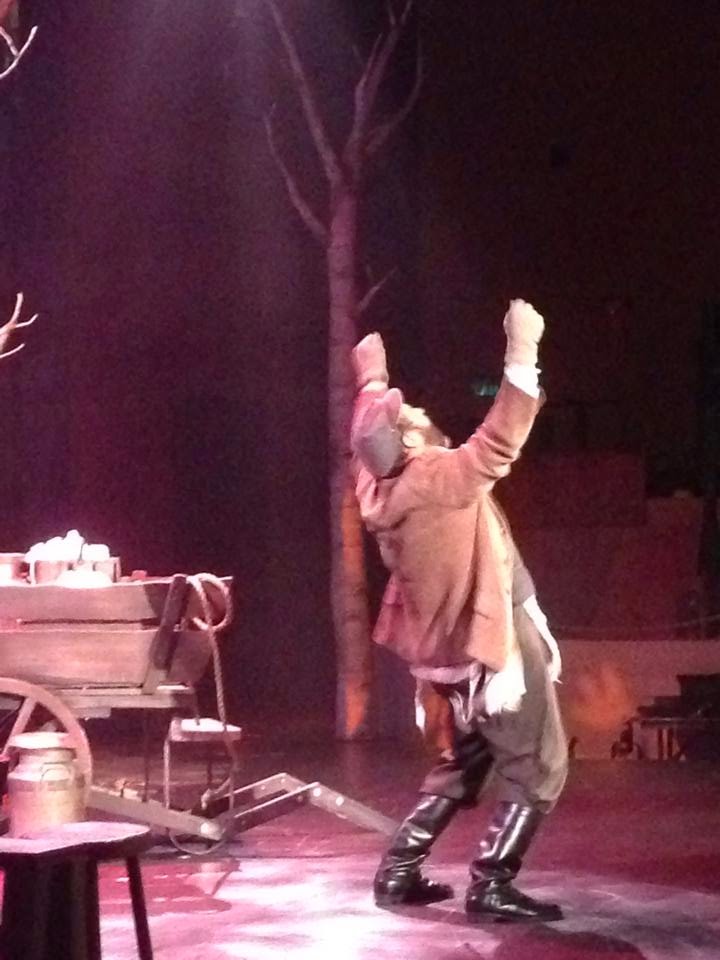 Posted by David Marlowe Theatre Reviews at 10:35 PM No comments: 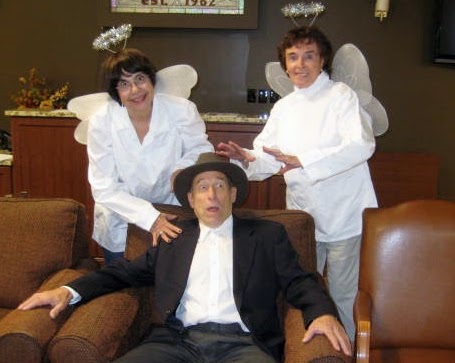 Written by Bobby Wood and directed by Pamela Clifton, The Windsor Gardens’ Theatre Company’s production of “Christmas Comes to Detroit Louie,” is a magical show that puts one in mind of holiday favorites such as ”It’s a Wonderful Life.”
The seniors who make up The Windsor Garden’s Theatre Company are proving it’s never too late to learn a new skill and embrace theatre arts.
Led by instructor Pamela Clifton, these fun-loving folks find that belonging to Windsor Gardens’ Community Theatre Drama Club is “an excellent opportunity to learn and practice acting techniques culminating in staged performance open to the public.”
The show stars Lynn Nicholson as a small time gangsta named Detroit Louie. This artist, who recently appeared as the detective in Vintage Theatre’s “Harold and Maude,” brings enthusiastic humor to the role.
Nicholson also designed and built the set.
Eva Crawford plays Louie’s sidekick, Harry the Lift. This actor brings lots of laughs as she pilfers purses nearly completely unobserved.
There are two angels who preside over the goings on in the waiting room below.
Judy Flomberg is hilarious as Angel #1. Barbara Thomas is Angel #2. These two actors communicate a sense of fun that’s infectious.
Marilyn Tyler portrays Julie, a 12-year-old blind girl who’s looking for a Christmas healing miracle.
Richard Love plays Mr. Varner, the 80 year old father of Joan (Jeanne Amen)   and Cara(Rebecca Stefanski). Things look pretty bleak for Varner since his two daughters are trying to leave him alone during the holidays at a home for the elderly. He needs a miracle, too.
If you missed “Detroit Louie” plan to attend the next Windsor Gardens’ Theatre Company show playing March 5 though 8, 2015. They’ll be reviving the wacky “Twinkle, Twinkle Little Twinkie,” a Windsor Gardens favorite that was first staged in 2002.  Marlowe's Musings 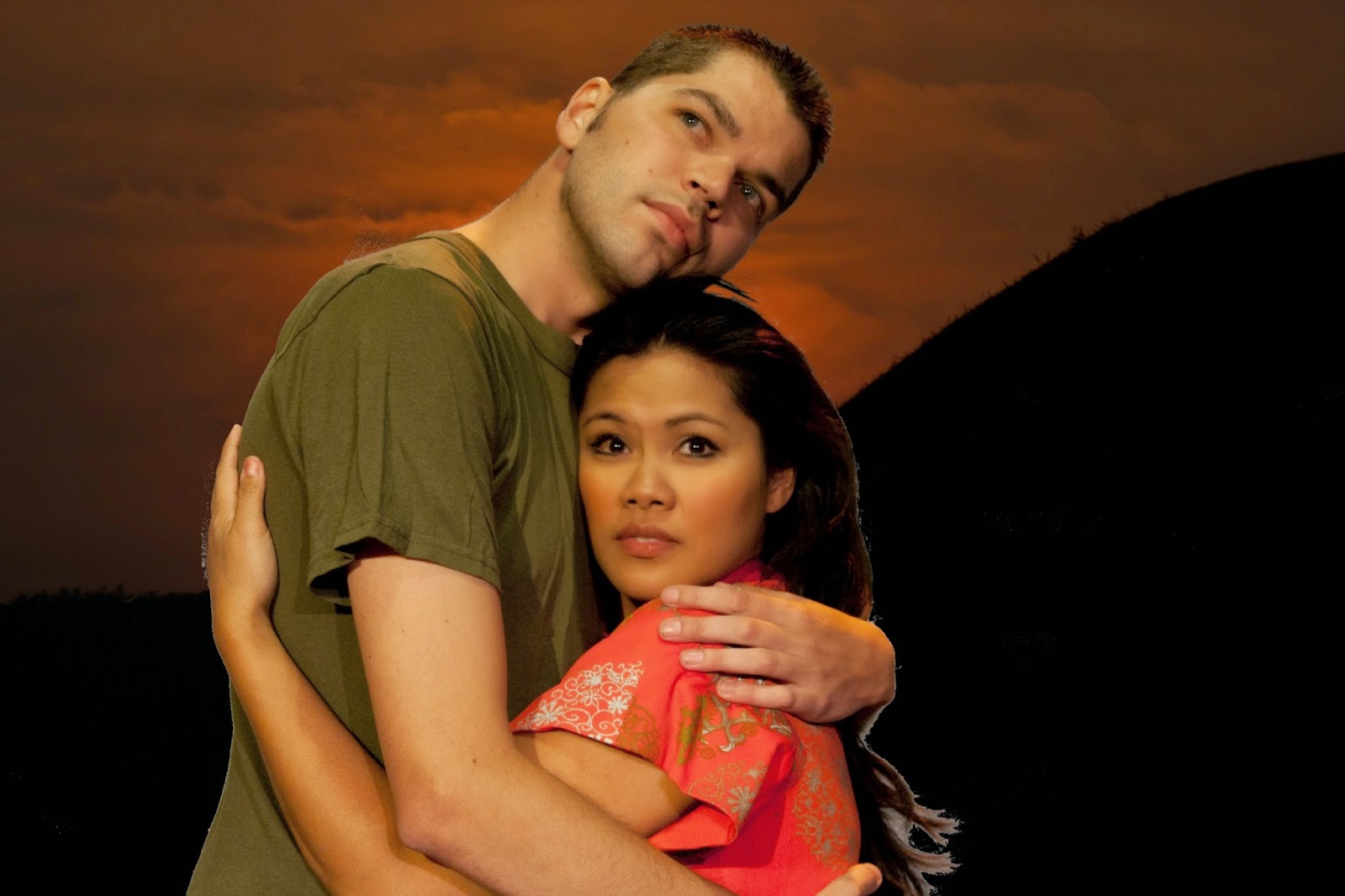 Rob Riney and Regina Fernandez Steffen
Under the astute direction of Rebecca Joseph “Miss Saigon” explodes across the stage at Vintage Theatre with powerful performances!
The musical by Claude-Michel Schonberg, Alain Boublil and Richard Maltby based upon Puccini’s opera, “Madame Butterfly” tells the tragic love story of a Vietnamese woman and an American GI.
Regina Fernandez Steffen stuns with her passionately acted and sung portrayal of Kim.    Rob Riney delivers vocals that are superb as her paramour Chris. Their love duets “ The Last Night of the World” and “Sun and Moon” are sublime.
Arlene Rapal’s performance in the role of the Engineer, normally portrayed by a male actor, is extraordinary. Her delivery of the show stopping number “The American Dream” is electrifying!
Keegan Flaugh portrays Chris’s buddy, John with great heart. This actor’s singing of “Bui Doi” at the top of Act Two, supported by the male ensemble, is soul shattering.
Chachi Martin’s fiery portrayal of Thuy, the fiancée Kim’s father had “arranged” for her as a child, is riveting.
Hao Liu adds immeasurably to the performance of Stephanie Lynn Prugh’s choreography for the “The Morning of the Dragon” with his utterly deft martial arts moves.
This production’s concentration on the intimacy of the story creates an evening of theatre that exceeds expectations. 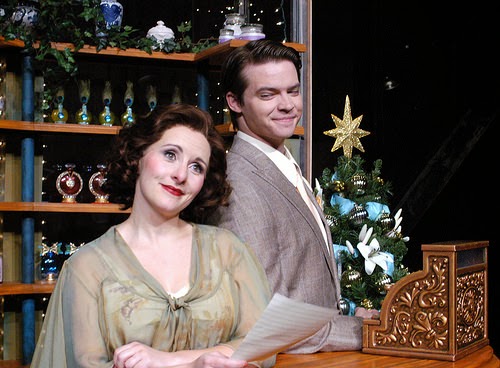 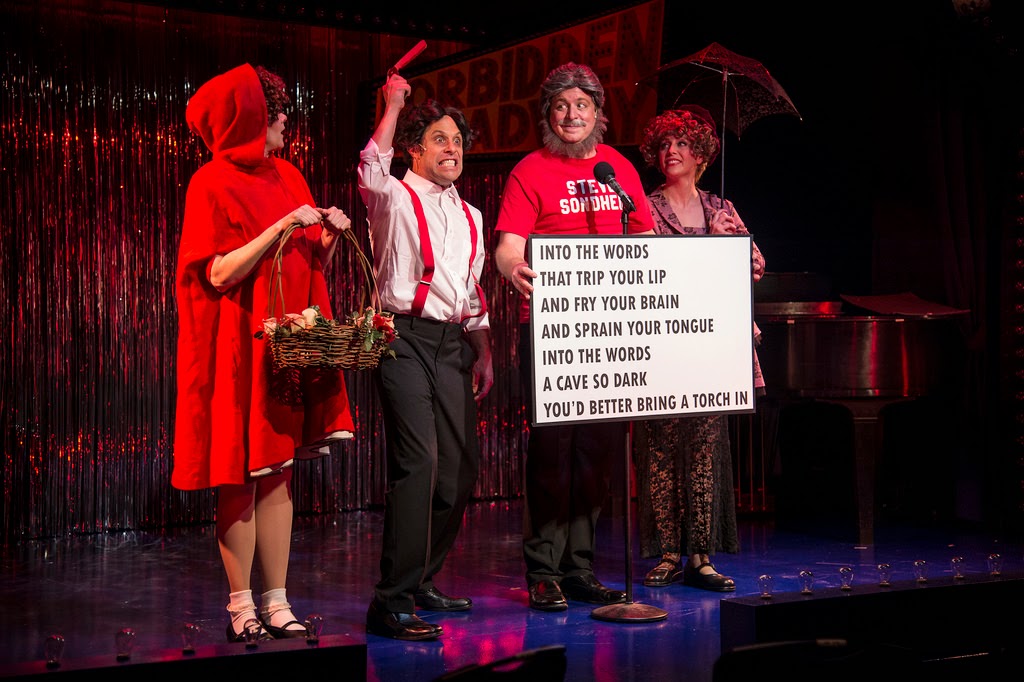 
Posted by David Marlowe Theatre Reviews at 9:30 AM No comments: