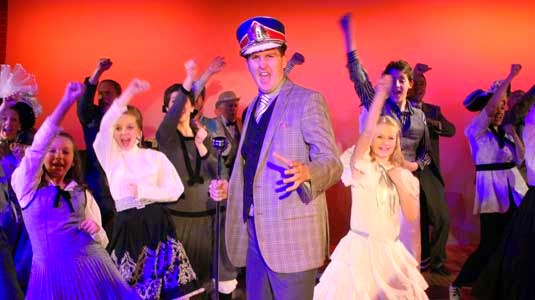 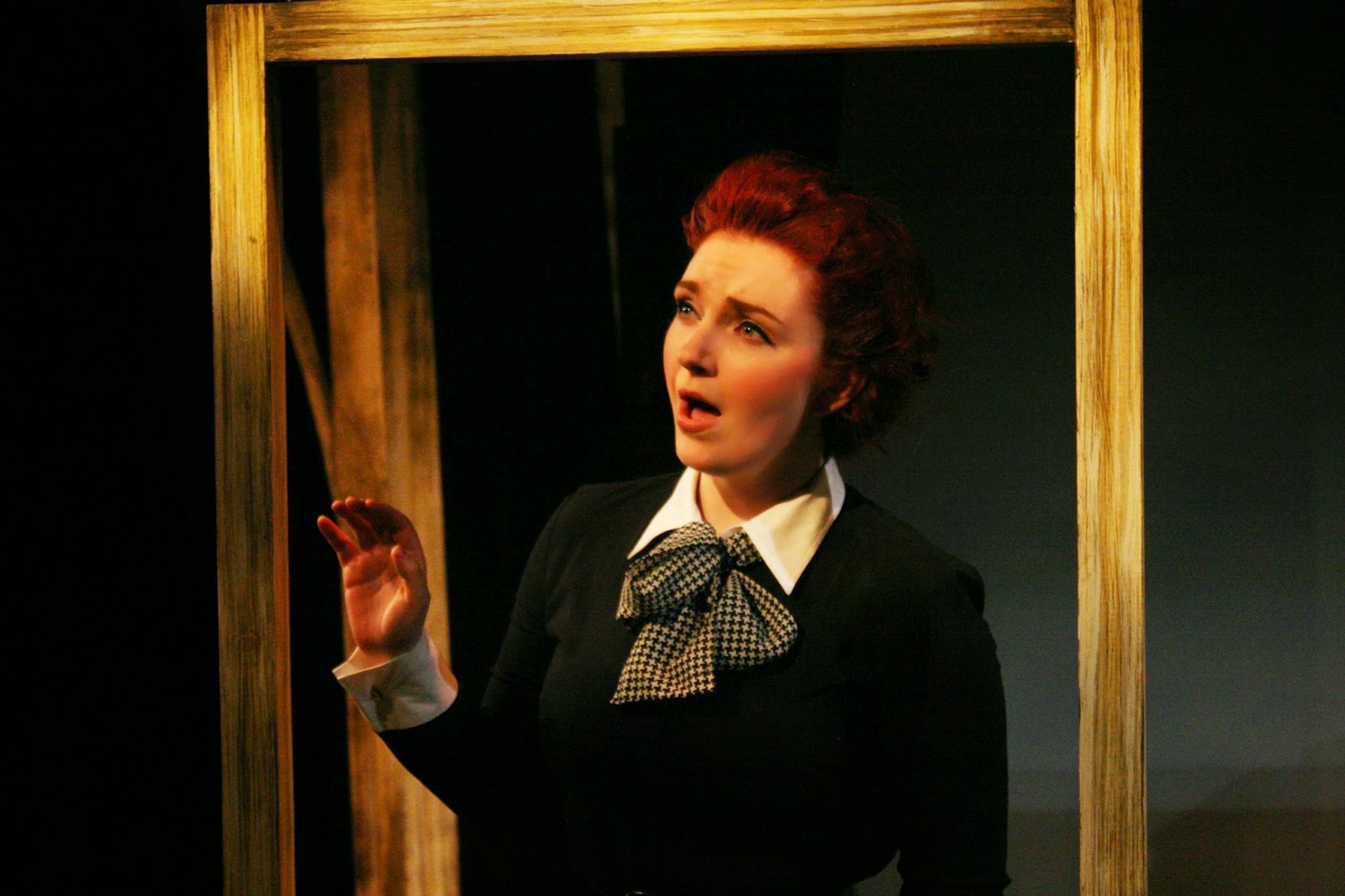 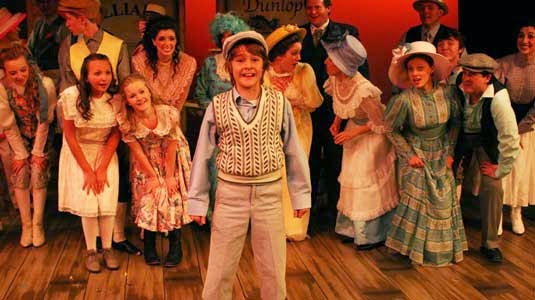 
Posted by David Marlowe Theatre Reviews at 12:06 PM No comments: 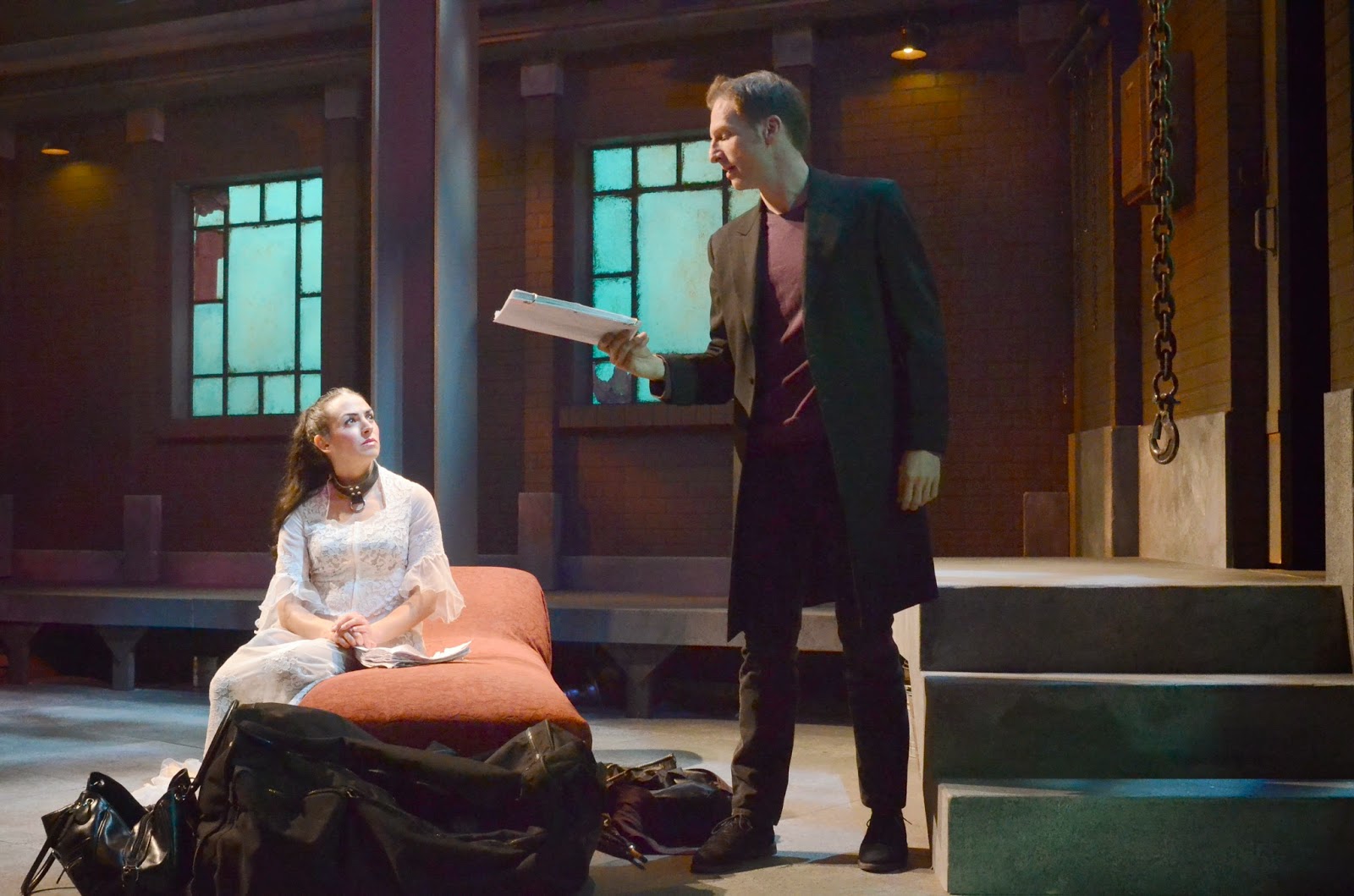 Posted by David Marlowe Theatre Reviews at 5:54 PM No comments: 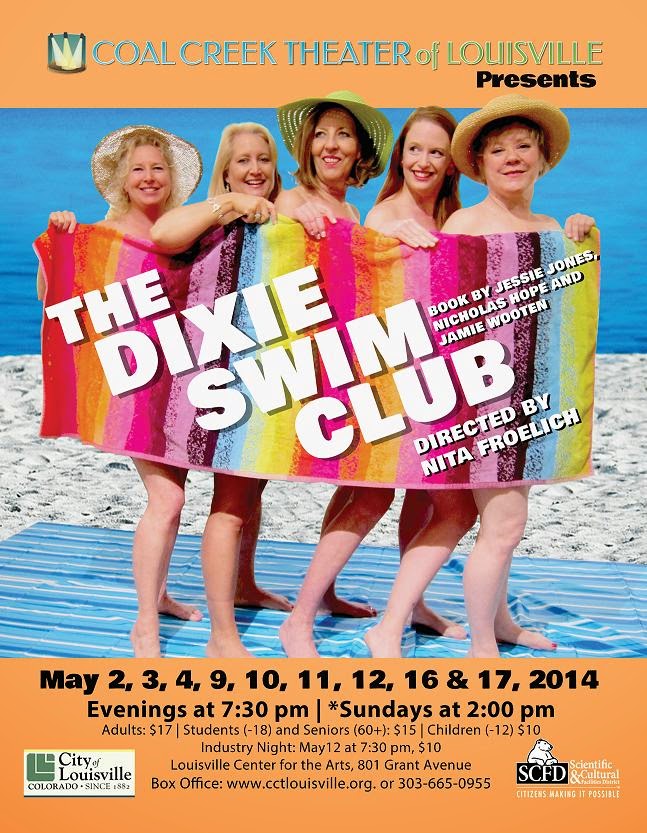 “The Dixie Swim Club” is a hilarious and sometimes touching play that reminds us of the resilience of friendship. It presents us with five women that were teammates on their high school swim team who created such a strong bond that they stayed in touch all through their adult lives. They meet every summer to spend time, have fun and swim.
Playwrights Jessie Jones, Nicholas Hope and Jamie Wooten delineate the characters beautifully. The expanded awareness we get of these women as they meet each summer includes all of their year’s trauma/drama seen through the lens of great good humor. There are some outrageously funny zingers that pepper the script and Director Nita Froelich has done a great job casting and pacing the piece.
Led by Denver favorite Michelle Grimes in the role of Vernadette, the cast includes Lisa Lowrey(Dinah), Chris Pash(Sheree) and Jillian Price(Lexie) - three fine new (to this reviewer) actors who one hopes to see again soon.  Linda Button, who has been WAY too long absent from the stage, plays Jeri, an ex-nun who goes from celibacy to pregnancy in a very short time. It’s been quite a while since we’ve had the pleasure of seeing this artist onstage, and her performance is a complete delight.
Costume designer Jackie Tisinai has outfitted these ladies in wonderfully character-defining outfits.  Some of the ones created for Ms. Button are outrageously funny!
The space is comfortable and intimate and it’s just a short jaunt up to Louisville for a thoroughly enjoyable evening of theatre.Marlowe's Musings

Posted by David Marlowe Theatre Reviews at 4:40 PM No comments: 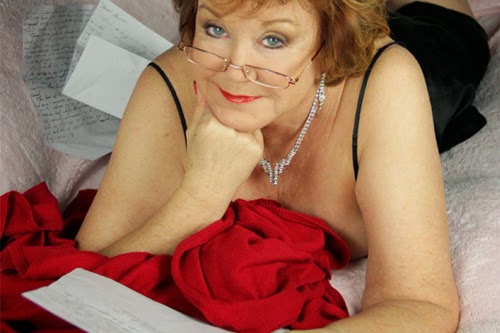 A woman named Jane feels she has been celibate way too long and puts an ad into the paper which says: “Before I turn 67 – next March- I would like to have a lot of sex with a man I like.” As a result she receives dozens of replies. The play, written by Jane Prowse has been adapted from the book by Jane Juska. Eric Rohmer’s film “Autumn Tale” inspired the book.
The sensibility and sensitivity of the sage and seasoned Rohmer, who is a renowned French director, is the key energy that is sadly missing from this production about reality therapy and sexy seniors.
Director Scott Bellot has done well in the pacing of the piece. He’s even done well overseeing the technical aspects of the show. The scenic design by Justin Lane is full of images of clocks and the gears thereof that resonate with the script's awareness of the ticking of Jane’s biological clock. However …  as portrayed by Ms. Cleveland this lady is an attractive, well put-together woman who could find a man at any party or social gathering. Ms. Cleveland’s portrayal of the central character is charming, engaging and utterly delightful. So are the performances of Suzanna Wellens and Deb Hultgren who provide her with an on again off again support system throughout.
The show is recommended for mature audiences because of strong sexual content and language.Marlowe's Musings

Posted by David Marlowe Theatre Reviews at 12:07 PM No comments: 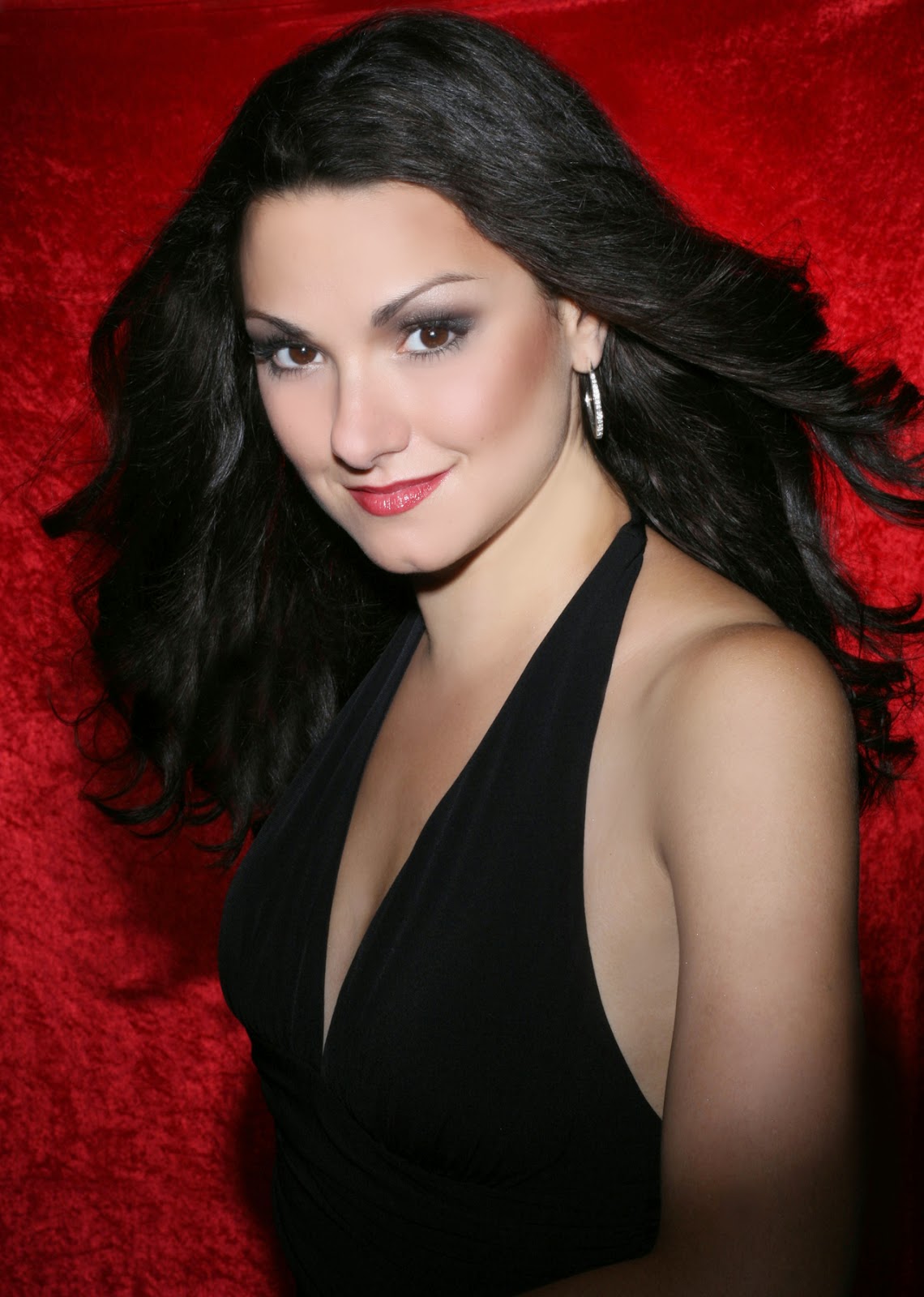 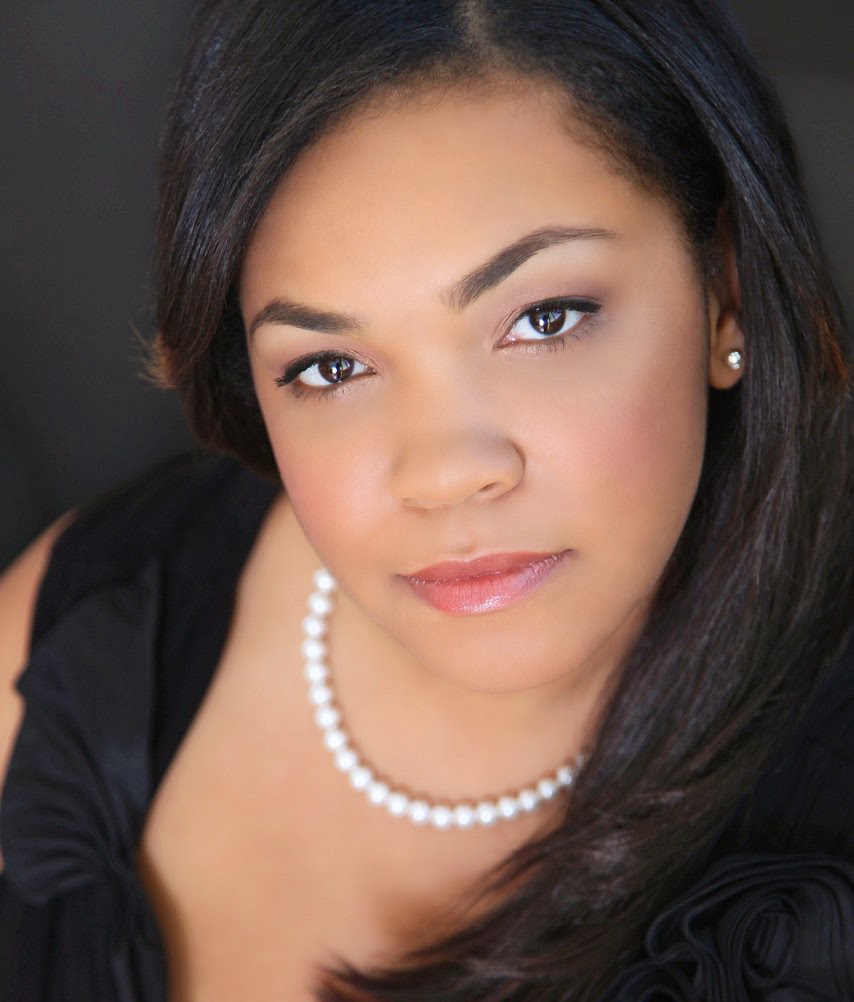 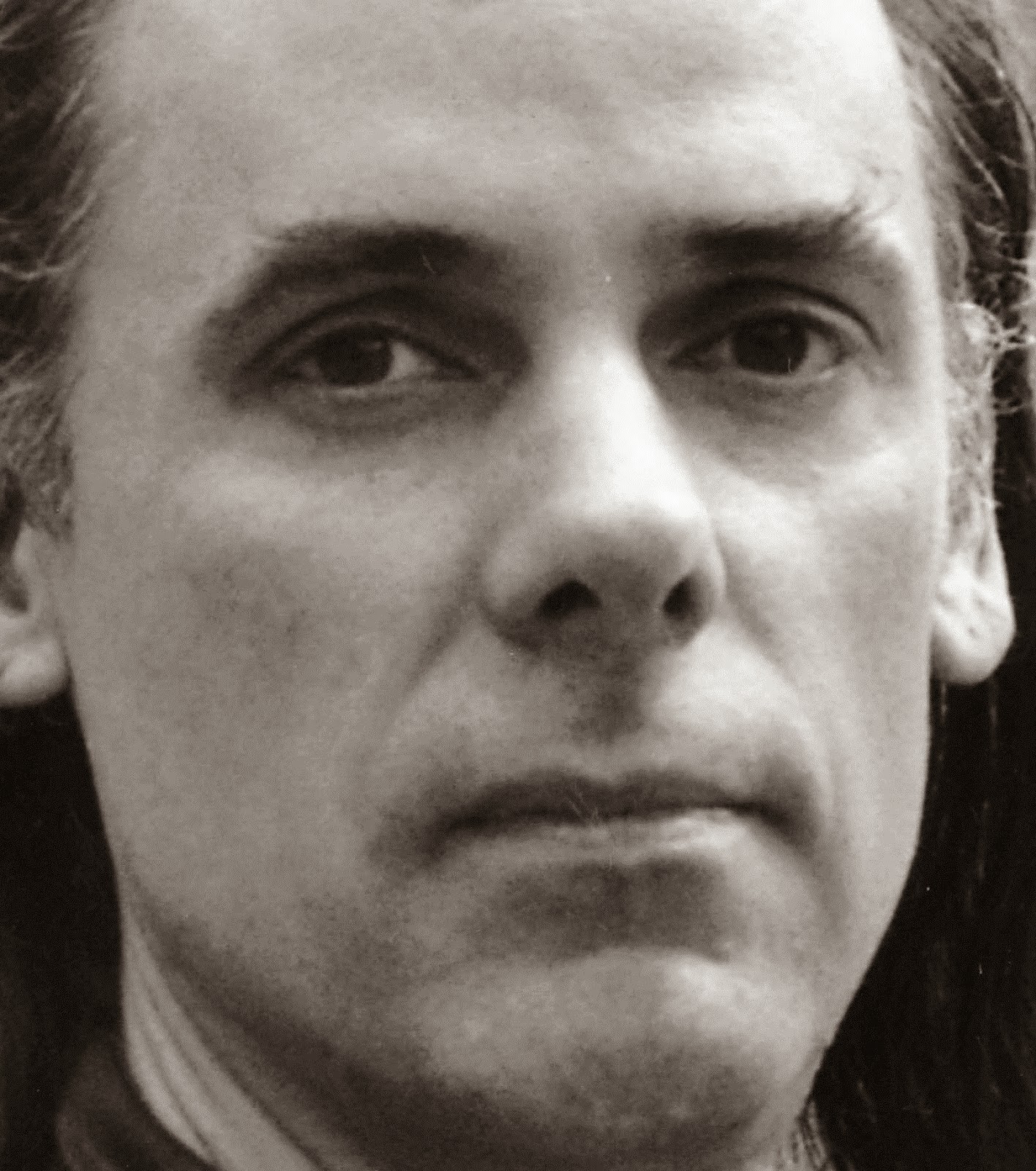 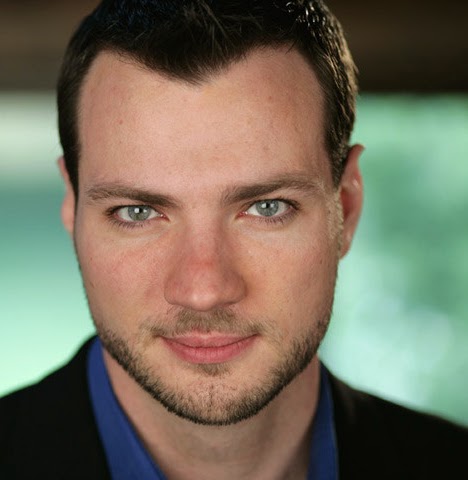