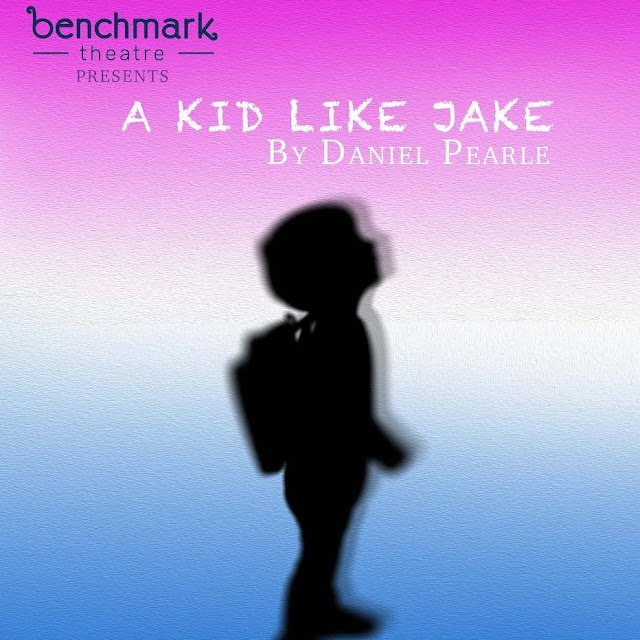 Benchmark Theatre’s production of Daniel Pearle’s A KID LIKE JAKE is very nearly a pitch perfect production.
The play involves Alex and Greg Wheeler, a young couple with a precocious four-year-old son who is showing a preference “more for Cinderella than GI Joe.” Conflict slowly arises in Alex and Greg’s marriage as they try to decide what the best path to take is for Jake and each of them.
Warren Sherrill has directed the show with his usual professional expertise. Sherrill has cast the show impeccably. The four-person cast includes: Adrian Egolf, Antonio Amadeo, Martha Harmon Pardee and Madison McKenzie-Scott.
The technical end of things includes an eye-pleasing scenic design by Michael Duran that’s illuminated by Kevin Taylor’s lighting. John Hauser provides a sensitive sound design that enhances the production.
Adrian Egolf is luminous as Alex. Antonio Amadeo stuns as her husband, Greg. Martha Harmon Pardee (Judy) turns in yet another brilliant performance. Madison McKenzie Scott (the nurse) was new to this reviewer. It is to be hoped that each and all in this cast will be seen soon again upon the Denver stage.

The production, directed by Warren Sherrill, opens Friday, February 16th and runs through Saturday, March 24th with performances Friday – Saturday evenings at 8pm and Sunday evenings at 6pm. Tickets are $30 for general admission and $20 for students/seniors/military. The production will take place at the company’s new home at 40W in Lakewood at 1560 Teller Street. Please visit www.benchmarktheatre.com to purchase tickets and send any inquiries to info@benchmarktheatre.comMarlowe's Musings
Posted by David Marlowe Theatre Reviews at 3:08 PM No comments: 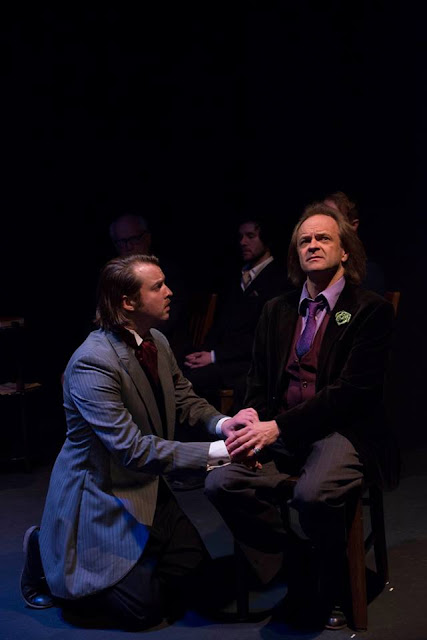 Moises Kaufman’s “Gross Indecency: The Three Trials of Oscar Wilde” follows the three real-life trials of Oscar Wilde, who, in 1895, was accused of “gross indecency with other male persons.”
Stitched seamlessly together from court records, biographies and the famous author’s own works, Kaufman’s play provides us with a sometimes comic, and ultimately tragic evening of theatre, which is provocative and engrossing.
The play is being performed upon a bare stage, adorned only with a few wooden straight-backed chairs and a couple of tables.
Owen T. Niland has directed this rich,complex work with a sure hand. He’s cast some of the finest actors in town in the leading roles as well as some new faces in the supporting cast.
Andrew Uhlenhopp (2017 Marlowe Award for Best Supporting Actor) portrays Wilde with an arrogant and witty disdain for the court, that dissolves into emotional devastation at final curtain.
Wes Munsil is stunning in the role of the Marquess de Queensbury, the father of Lord Alfred Douglas, Wilde’s “dear boy.” Munsil gives a performance that’s loud, vulgar and aggressively unpleasant. It is, in fact, just about perfect!
Bradley James Gibbons presents a rock-solid portrayal of Lord Alfred Douglas that is at its best in the scenes involving disagreeable arguments with his father.
Christian Munck is most memorable for his engrossing performance of Taylor at the top of Act Three.
Kelly Uhlenhopp turns in superb work in the role(s) of Carson and Narrator 5.
However … some in the supporting cast find it difficult to keep up with the brilliant work of the leading actors.

Please take what has been written above with a large block of salt. Through unusual circumstances this reviewer was present at the preview.

Posted by David Marlowe Theatre Reviews at 5:21 PM No comments: 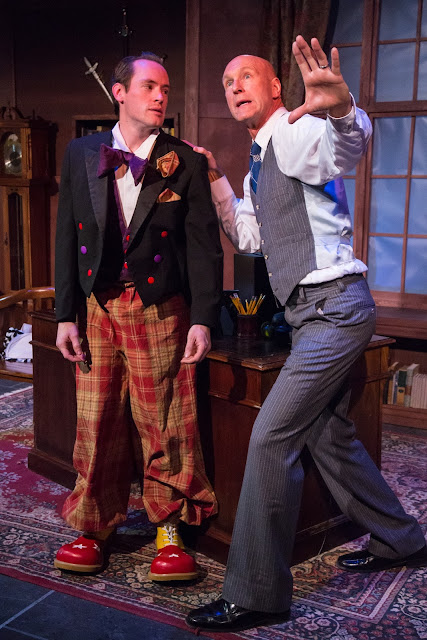 In 1971 SLEUTH received the Tony Award for Best Play. The following year playwright Anthony Shaffer adapted his play for a film, which starred Laurence Olivier and Michael Caine. According to Shaffer, the play had been partially inspired by his friend, Stephen Sondheim, who loved playing games.
Shaffer sets this thriller in Andrew Wyke’s Wiltshire manor house. Wyke, who is a huge success as mystery writer, has created a home which reflects his obsessions with the deceptive inventions of fiction and game-playing.
The author invites his wife’s lover, Milo Tindle, to come over to his home, and coerces him to stage a robbery. The chain of events which then spiral out of control leave us as audience to decide where imagination ends and reality begins. In this critic’s not so humble opinion this cat and mouse game is written with such delightful skill and wit it’s impossible not to get swept away by it.

Mark Rubald’s whirlwind reading of the part of Andrew Wyke is breathtaking in its shifts of accent and persona. Brandon Palmer’s Tindle, who struggles to keep up with the quicksilver nature of Wyke’s imagination, is the perfect foil.
All of Bernie Cardell’s magical directorial instincts are at work here allowing playwright Shaffer’s world of mystery and mayhem to do its work magnificently.
Alex Polzin’s beautifully appointed set design is an astonishing work of art. The wrap-around nature of Polzin's design is full of character-defining detail that allows Wyke’s home to become a character all unto itself.
The costumes by Susan Rahmsdorff-Terry and lighting by Vance Mackenzie enhance the production.

Posted by David Marlowe Theatre Reviews at 9:48 AM No comments: