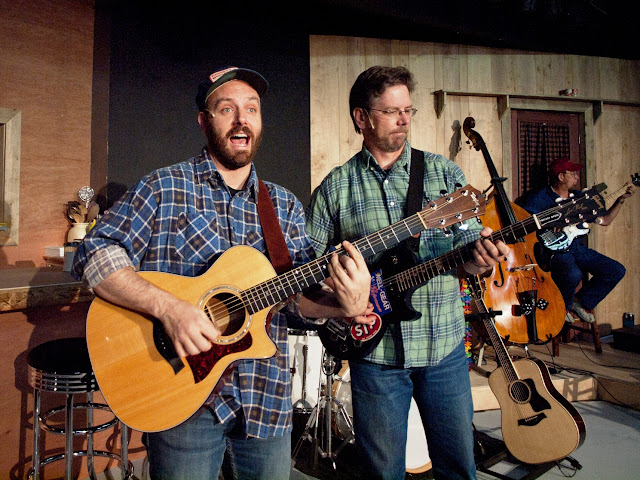 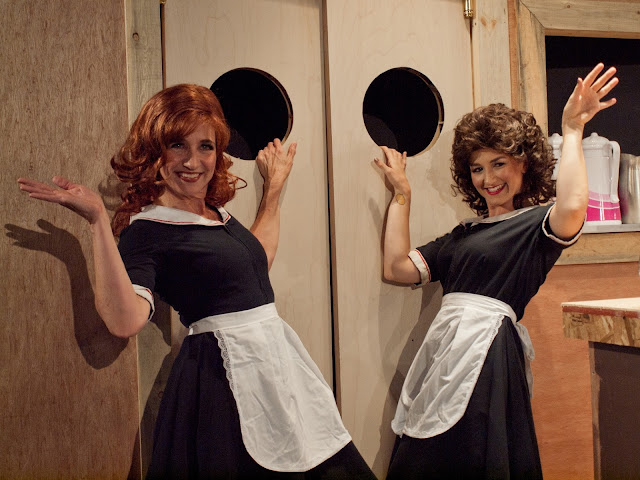 Email ThisBlogThis!Share to TwitterShare to FacebookShare to Pinterest
Man of La Mancha 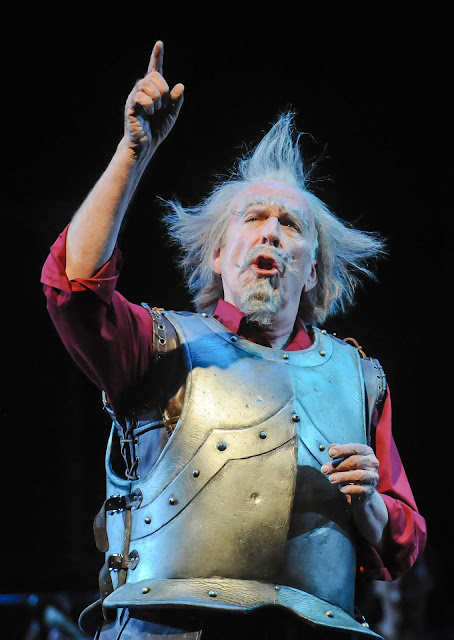 Posted by David Marlowe Theatre Reviews at 12:43 PM No comments: 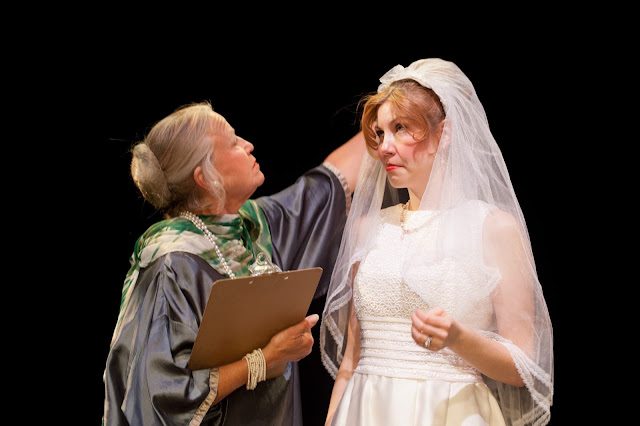 L-R: Chip Winn Wells and Rachel Bouchard
“Always a Bridesmaid” by Jessie Jones, Jamie Wooten and Nicholas Hope is a comedy about a group of suhthuhn belles who have made a pact while in high school that they will support each other by being each other’s bridesmaids as the time draws near for them to tie the knot.
The life long friendships of the women described in this play may put you in mind of those presented by the playwright(s) in their previous play, “The Dixie Swim Club.” That play was also about a group of women whose friendships withstand the test of time.
The action in “Always a Bridesmaid” takes place in Carlton Oaks, a fancy wedding establishment in Virginia. The lady who runs the joint is Sedalia. This character is played as a sort of exacting and persnickety control freak by Chip Winn Wells.
Monette is played by a very funny Suzanne Nepi. She’s been married multiple times and owns a theatre of sorts in Nashville. This character is one of the plum roles and Ms. Nepi gets more than her share of the humorous lines.
Cindy Laudadio-Hall plays Charlie, the down-to earth member of the group who suffers panic attacks the closer she gets to walking down the aisle.
Libby Ruth is the friend who has remained married since shortly after high school. She’s a childlike woman who manages to sing intentionally loudly and off key and talks to stuffed animals.
Kathi Wood’s portrayal of Deedra Wingate provides an anchor of sanity in this sea of pre-nuptial insanity.   She’s a judge who remains centered and poised most of her time on stage and provides us with perhaps the most natural of the performances.
Rachel Bouchard is picture perfect as Kari Ames-Bissette, the daughter of Libby Ruth. Her character opens and closes the play with moments from her long-winded, rambling wedding reception toast, which becomes increasingly funny as she downs the wedding champagne.
The costumes for the show by Christine Samar are fittingly outrageous.
Vintage Theatre presents
“Always a Bridesmaid”
Four friends have sworn to keep their Senior Prom promise: to be in each other's weddings.
July 17 - Aug 30*
Fri/Sat at 7:30 p.m.; Sun at 2:30 p.m.; Thurs., Aug 27 at 7:30 p.m.; Sat., Aug. 29 at 2:30 p.m.
$28 ($24 advance)  303-856-7830 or online at www.vintagetheatre.org
Vintage Theatre, 1468 Dayton St., Aurora 80010Marlowe's Musings
*N
Posted by David Marlowe Theatre Reviews at 5:51 PM No comments: 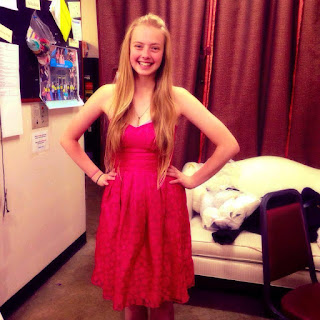 Today I went to a mid-week matinee of Town Hall Arts Center’s “Legally Blonde, Jr.” and had a thoroughly good time. This is Robert Michael Sanders’ 18th production at Town Hall Arts Center, both as actor and director. His direction of The Actors Playground at Town Hall is educating the next generation of Colorado’s theatre stars. Shannan Steele’s choreography of the show is teaching these amazing student actors how to move onstage. It’s all about collaboration and teamwork!
There is so much exuberant expression going on in this show that it’s contagious. This cast is full of young artists who are so in love with theatre it’s palpable.
Here are a few of the stars of tomorrow who stand out in this summer’s production:
Jessica Swanson plays Elle Woods, the love struck young lady who will give up everything to get back the guy she thinks is the love of her life…even though he dumps her and treats her like dirt.
Leonard Gilberson is Warner, that arrogant guy who has all the money and treats Elle so badly.
Devon Erickson portrays Emmett , that great guy who’s always there for Elle when she needs him.
Kendra Beeman is Elle’s stylist friend Paulette, who just wants to marry an Irish guy who, can step dance.

Sam Coto is Kyle the hot Irish UPS man that Paulette falls for.
As a reviewer I just have to say to the whole fantastic exuberantly expressive cast…
“Oh my God, you guys”…are Great!