JOSEPH AND THE AMAZING TECHNICOLOR DREAMCOAT
BDT STAGE: THROUGH  AUGUST 19 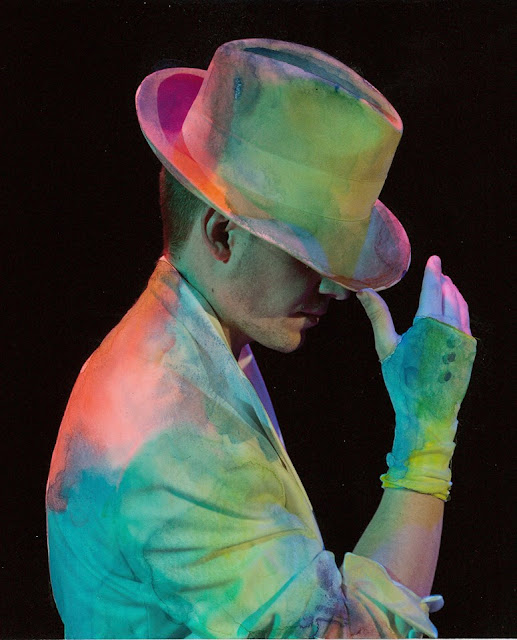 BDT STAGE’S “JOSEPH AND THE AMAZING TECHNICOLOR DREAM COAT” IS AN INTOXICATING DELIGHT THAT MUST BE SEEN!
Director and co/choreographer Matt Peters has envisioned and executed an exhilarating evening of theatre that must be experienced.
Peters has stylistically re-imagined Andrew Lloyd Webber’s first musical, and breathed a fiery life into it. After you’ve seen a show a dozen times or more, it can begin to lose its luster. So it’s great when an artist has a new vision for its expression upon the stage.
Tracy Warren’s singing of the part of the Narrator dazzles! Her soprano does more than soar.  It enchants us and lifts us right up through the BDT Stage ceiling. BRAVA!
Jack Barton’s portrayal of the central character is thoroughly well executed. This actor’s artistic evolution since playing Peter in last season’s “Peter and the Star Catcher” is Amazing! His singing of “Close Every Door” and “Any Dream Will Do” are heart openers.
As the leather clad pharaoh Scott Servertson delivers a “King’s Song” that’s a sensational show stopper!
Scott Beyette is most memorable as he whines and wails his way through “Those Canaan Days” in a hysterically fun send-up of La Chanson Francaise.
Wayne Kennedy does his usual professional magic as Jacob and Potiphar, sobbing and mourning as the former, and puffed up with arrogance as the latter. Kennedy also did the very fine audio design.
Alejandro Roldan delivers the Benjamin Calypso with gusto!
Brian Burron gives us a fantastic tongue in cheek lamentation of the country western variety with “One More Angel in Heaven.”
Alicia K. Meyers, who co-choreographed the piece, performs the part of the salacious Pharaoh’s Wife with every hilariously enticing and seductive move in the book.
Chas Lederer, Burke Walton, Bob Hoppe and Jacob Villareal light up the stage with their singing and dancing in the ensemble.
Music Director Neal Dunfee and the BDT Stage orchestra give us musical accompaniment that is delicious to the ear.
With the contemporary slant on costuming given us by creative genius Linda Morken, the show is visually magnificent.
Enhancing Amy Campion’s superb set design, Brett Maughan’s lighting design is turning every summer night this season into the Fourth of July.

And please remember that a variety of spectacular choices await on their menu as well.
The haddock with hollandaise was scrum diddly!
Marlowe's Musings

Posted by David Marlowe Theatre Reviews at 10:40 AM