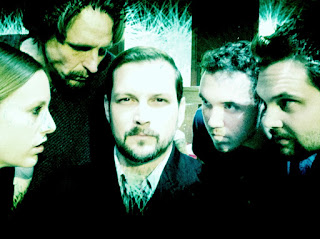 Chilly, creepy and a very fun evening of theater, Firehouse Theatre Company’s “Dr. Jekyll and Mr. Hyde” is a fine community theatre production.
This reviewer is always interested in seeing a new play, original or adaptation by playwright Jeffrey Hatcher. His adaptation of Robert Louis Stevenson’s tale is fascinating. For years readers and theatergoers attending adaptations of this work have believed that the story penned by Stevenson is about a person who has two sides described in terms of a light and dark shadow. The difference in Hatcher’s adaptation is that we are given to believe that the dark shadow of Dr. Henry Jekyll is made up of multiple personalities or possessions if you will.

Nils Swanson is the perfect casting for the brooding presence of Dr. Henry Jekyll. The trajectory of Swanson’s career in the theatre has almost always dealt with illuminating the dark shadow of the soul. Over the years he has been seen in and Don Becker’s “Lucifer Tonight,” Lida Project’s “Merchant of Auschwitz” and more recently “True West” at The Denver Victorian Playhouse.

Sara Coughlin’s very evocative musical choices leads us into the show as well as bridging the scenes in auditory terms.

Jeff Jesmer’s scenic design is done in muted colors with a muddy vortex of spiraling energy that’s presented upon the floor of the playing space.

Hatcher’s adaptation, presented here in its regional premier, may not be what one might describe as a polished production. Nevertheless... Hatcher's approach to the material is fascinating.