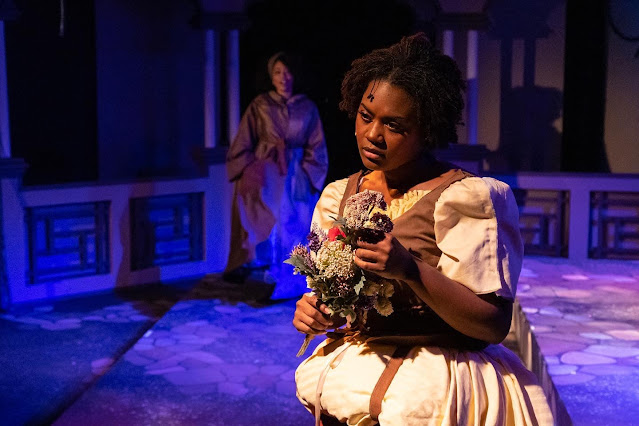 With music by Richard Rodgers and lyrics by Oscar Hammerstein, this ‘originally produced-for-television musical,’ is sure to be a Holiday Favorite for the whole family.

Douglas Carter Beane’s up-to-date libretto and book for “Cinderella,” transforms this classic into a fairy tale with a social conscience!!! Promoting kindness over ridicule and social justice over greed, it’s a welcome departure from the traditional script.

Thanks to director Christopher Page Sanders for casting so many wonderful actors.

Camryn Nailah is the newest in the  Pantheon of Denver’s musical theatre stars. Sublime in the title role, her acting is enchanting, and her singing intoxicating.

Hopefully you were able to catch Elton Tanega in his musical theatre debut in Vintage Theatre’s “Tuck Everlasting” two years ago. As outstanding as his performance was then, this performance is even better. His singing of “Do I love you because you’re beautiful or are you beautiful, because I love you?” is unforgettable.

Sonsharae Tull’s superb performance in the role of Sebastian, ‘the lord protector,’ is her best work to date.

Rajdulari’s portrayal of the Fairy Godmother, in which she sings “ Impossible” and “There’s Music in You,” is ear-pleasing indeed.

As Charlotte, Kara Morrissey is hilarious singing "The Stepsister’s Lament.”

Under the baton of conductor and musical director, Dr. Michael A. Williams, the live backstage orchestra makes the classic Rodgers and Hammerstein score sound spectacular.

Ryan Walkoviak’s eye-pleasing wrap around set design, with its decorous arches and pillars, amazes us as we enter the Jeffrey Nickelson auditorium.

Kevin Taylor has outdone himself with an electrifying lighting design.

Director Christopher Page-Sanders’ direction of the scene in which Cinderella is transformed to go to the ball, is astounding!

Posted by David Marlowe Theatre Reviews at 4:43 PM No comments: 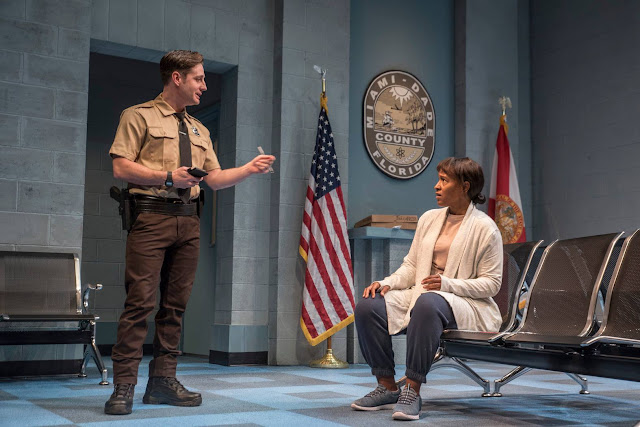 Couched in an interracial couple’s struggle to determine the location of their missing son, playwright Christopher Demos-Brown shines a light on the insidious nature of racial bigotry in our country.

Josh Robinson turns in yet another brilliant performance as Kendra’s estranged husband, Scott. Mr. Robinson has done exceptional work onstage for several seasons, including his most recent work portraying two of the characters in Arvada Center’s “Murder on the Orient Express,” which was shuttered due to the onset of the pandemic.

Sean Scrutchins’ character, Officer Paul Larkin, is the voice of white apathy. At one point he declares, “She went from zero to ghetto in ten seconds flat!” Later, Kendra describes him as having given the frantic mother “a tour of the Jim Crow police department,” complete with “side by side water fountains.”

Mr. Scrutchins is one of Denver’s finest actors. His outstanding performance in “The Whipping Man” several seasons ago still resonates in memory.

It is perhaps unheard of to speak of a supporting actor as having given a tour-de-force.

Nevertheless…Abner Genece’s performance in the role of Lieutenant John Stokes is an example crying out for it.

American Son is an important play regarding real issues that need addressing now! It’s heartening to see such a play produced by Curious Theatre with such responsibility and guts!!!

Emotionally moving, and truly cathartic, this play is a multi-faceted gem. Go and support this very fine theatre company.

Posted by David Marlowe Theatre Reviews at 3:11 PM No comments: 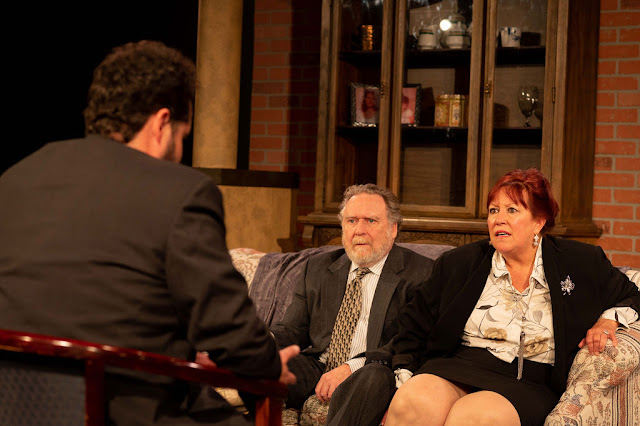 You may remember that “Beau Jest,” produced here in 2017, and which was an off-Broadway hit for two years, involved the conflict of a traditionally minded family and their daughter, who enjoyed dating “out of the box.”  To keep peace in the family, she hired an actor to portray the man who she believed would most please her parents.

In “Jest a Second” it’s the son, who, fearing to upset the family with his dating choice, allows for some mayhem and merriment as he tries to achieve a similar goal.

Director M. Curtis Grittner has assembled a very fine cast for the show. Actors such as Chris Kendall, who won the Henry Award for his performance in Cherry Creek Theatre’s ‘Tuesdays With Morrie,” and Pamela Clifton, who has won numerous awards in her years as actor and director, have wonderful chemistry portraying Abe and Miriam Goldman. Rachel Turner,Marlowe Award winner for Cinderella in Candlelight Dinner Theatre’s “Into the Woods”, is hilarious as the Goldman’s pregnant daughter, Sarah.

There is a very fine set design by director Grittner and some spot-on costumes by Susan Rahmsdorff-Terry.

Sequels are never quite as engrossing as the original, but there are plenty of surprises in this lively evening of theatre.

One hopes that you will go and support this very fine theatre company.

Posted by David Marlowe Theatre Reviews at 11:58 AM No comments: