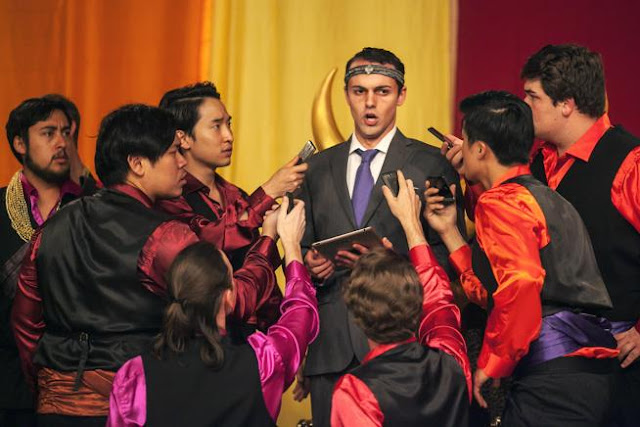 Posted by David Marlowe Theatre Reviews at 6:55 AM No comments: 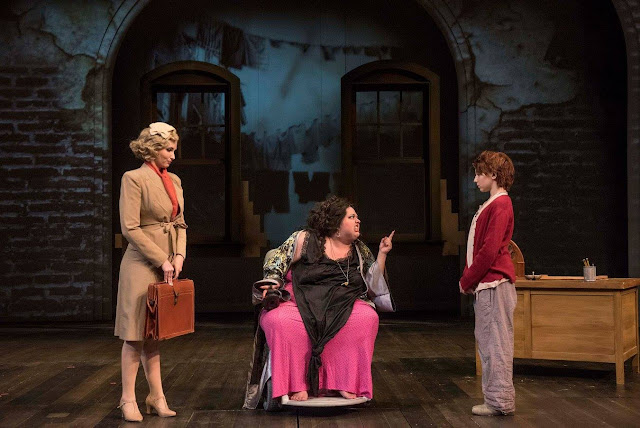 PHAMALY’s production of the Tony Award-winning musical, “ANNIE” is a reason for celebration. Your heart will melt and a little bitty tear may let you down.

Directed with style and flair by Regan Linton and Steve Wilson, and with music direction by Trent Hines, the show is a smash from start to finish.
Veteran choreographers Debbie Stark and Ronni Gallup create magical dance numbers which the troupe delivers with exuberant joy.
Maria Ciobanu sings and acts the part of the indomitable orphan, Annie, without ever slipping into the cloying cuteness that has marked the performances of others in the role.
Leonard Barrett, Jr. (Marlowe Award for Best Actor in a Musical for donnie i. betts’ “Porgy and Bess”) is smashing in the acting and singing of the part of Oliver Warbucks.
Ashley Kelashian crushes it as Miss Hannigan.
Lyndsay Palmer(last season’s sensational Sally Bowles in PHAMALY’s “CABARET”) is hilarious as the dim and devious low-brow Lily St. Regis. Randy Hahn’s low-life scheming Rooster is most memorable.
Jenna Bainbridge (Grace) is as easy on the eyes as her celestial vocals are a delight to the ear.
Lucy Roucis, Mark Dissette and Don Mauck are just a few of the other PHAMALY regulars you will be glad to see onstage.
The projection design by Topher Blair, aided and abetted in no small part by technical director Brandon Case, places us in the perfect right historical and political milieu with ease.
This is one of the very best musicals onstage this summer.

Run to get a ticket!Marlowe's Musings

Posted by David Marlowe Theatre Reviews at 4:02 PM No comments: 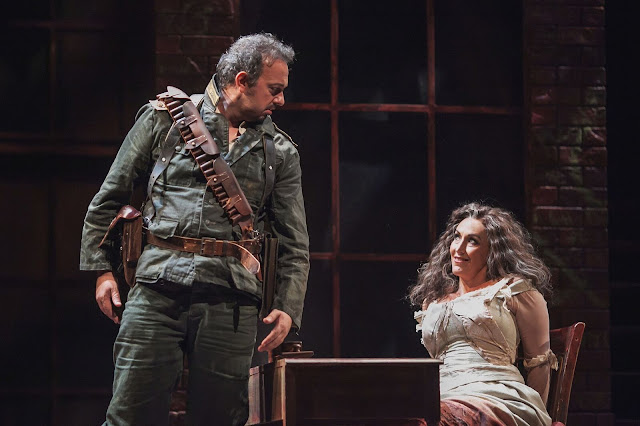 
For tickets go online at centralcityopera.org or call 303-292-6700.
Posted by David Marlowe Theatre Reviews at 8:12 AM No comments: