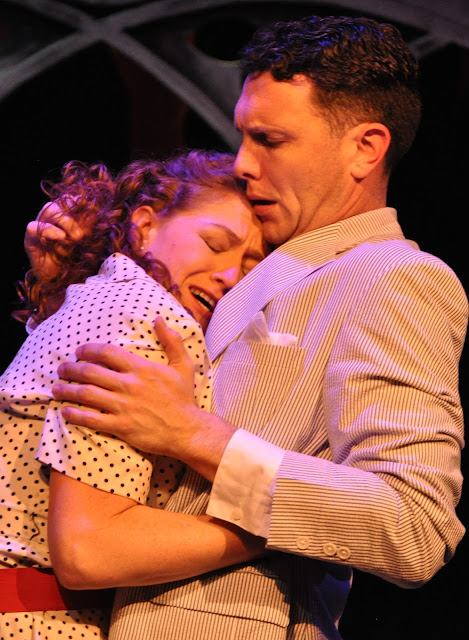 Suddenly, Last Summer” opened Off Broadway in 1958 just before Tennessee Williams entered into a period of psychoanalysis. It’s a fever dream (nightmare) sparked by his domineering mother’s insistence on the lobotomy of his beloved sister, Rose. The play was originally produced as a one-act that was preceded by another play: “Something Unspoken.” 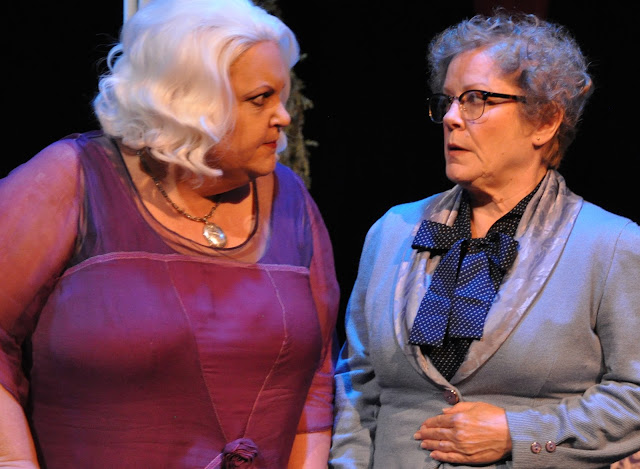 L-R: Emma Messenger and Linda Button(Photo credit: Solar Radiant Photography)
“Suddenly Last Summer” centers around the character of Catherine, a woman who, presumed to be insane, has accompanied a young poet to Europe in the summer in which he mysteriously died.  It’s set in 1937 Louisiana and directed with real insight by Bernie Cardell. The scenic design places us in the deep South with a tattered red backdrop that invites us into the gothic hothouse full of the predatory world of the poet’s mother, Violet Venable.
Under the influence of an injection of truth serum Catherine unveils what really happened that summer providing us as audience with a suspenseful and harrowing journey into a universe filled with predatory plants and animals and people.

Society’s inhumanity to the mentally ill having been given a preface with the final scene of his “Streetcar Named Desire,” this play completes his statement regarding the fearfully inhumane treatment of the mentally ill in his lifetime.