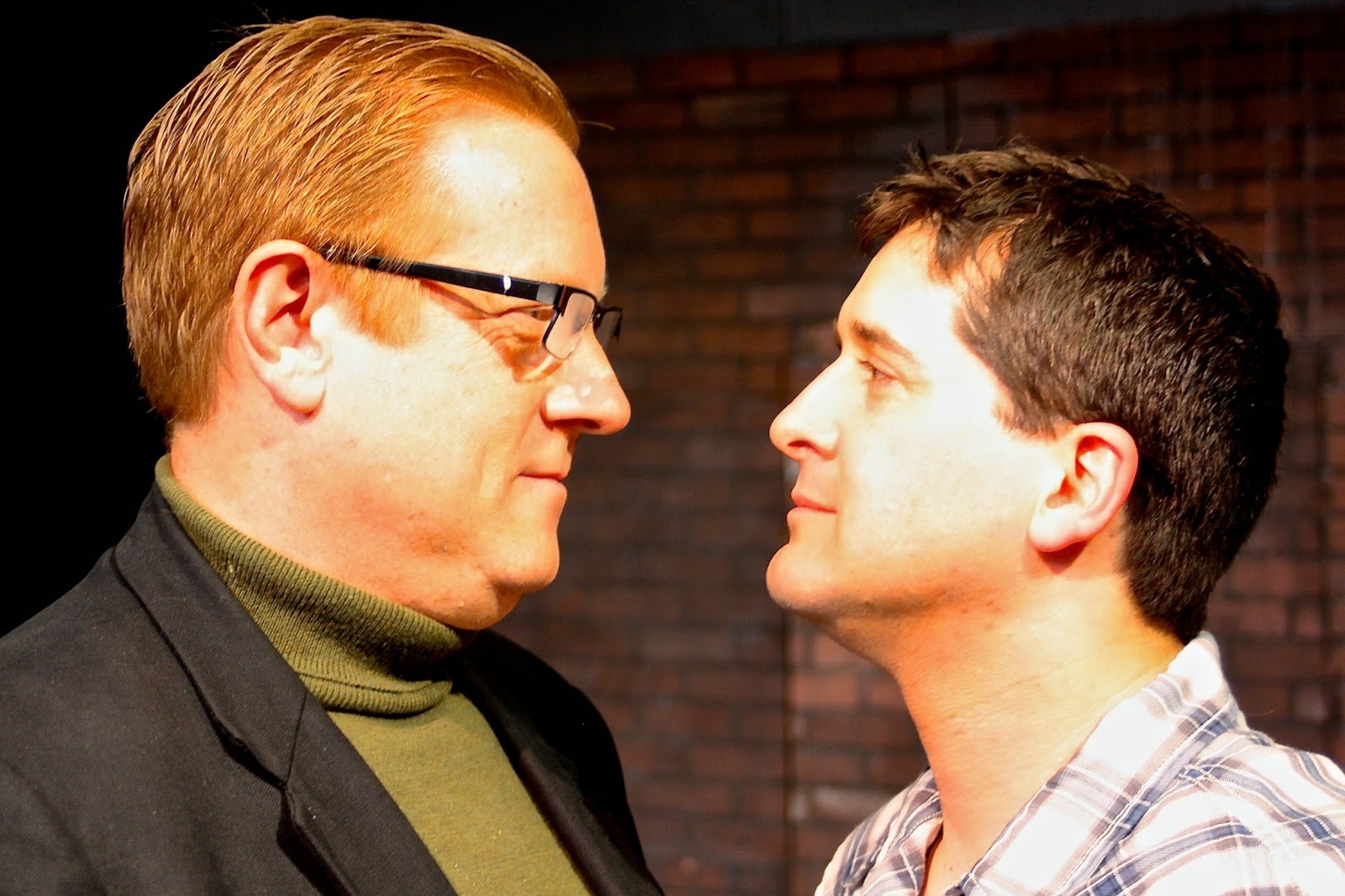 Over at The John Hand Theatre on Lowry there is a thriller that really THRILLS!!!!!!!!
“Deathtrap,” is now on view at The John Hand Theatre. In this thriller scenes of nerve-jangling deliciousness are aided and abetted by the sly humor injected by the stylish performance of Andy Anderson.
Mr. Anderson’s charming portrayal as a once successful Broadway playwright, mines Ira Levin’s script for any possible bon mots and polishes them until they sparkle like witty, funny-bone eradicating gems.
Damon Guerrasio is appropriately boyish and sometimes a bit ghoulish (Sorry! I didn’t mean to make it sound like boys and ghouls.) in his portrayal of the seminar student turned “secretary” of the ‘failing’ artist.
Cindy Laudadio-Hill portrays the playwright’s wife with such eyebrow raising warmth that even this generally thankless role is memorable.
Wade Livingston enhances the production by adding his smooth brand of acting to a supporting character usually forgotten in the fray
Linda Suttle is ‘anything but’ (Sorry!) as psychic Helga ten Dorp. Her outrageously funny performance as the neighborhood psychic is a gut-buster!
Bernie Cardell’s direction gets better with every show. This time the integrity of this piece is carved out at a very high level.  Cardell, who also did the magnificent set design, has elicited performances that are of a dynamic professional caliber and paced the proceedings diabolically as regards the several moments which THRILL!!!!!!!
Marlowe's Musings