GREY GARDENS
VINTAGE THEATRE: 4/18 – 5/25
In 2007 “Grey Gardens” was nominated for 10 Tony Awards and received three. It also got the Obie Award, The Louise Lortei Award and twelve Drama Desk Awards.
Vintage Theatre produced the musical at their previous location on Seventeenth Avenue with great success. Now at their new Aurora location on Dayton they’ve done it again! This time it’s better than ever!
Humorous and heart breaking, this true-life story of Jackie Kennedy’s aunt and cousin moves from the lavish luxury of the societal swirl of East Hampton in the 1940s to one of isolated squalor and decay in the seventies.
Deborah Persoff is reprising her role as Big Edie Beale and Megan Van De Hey that of her daughter, little Edie. 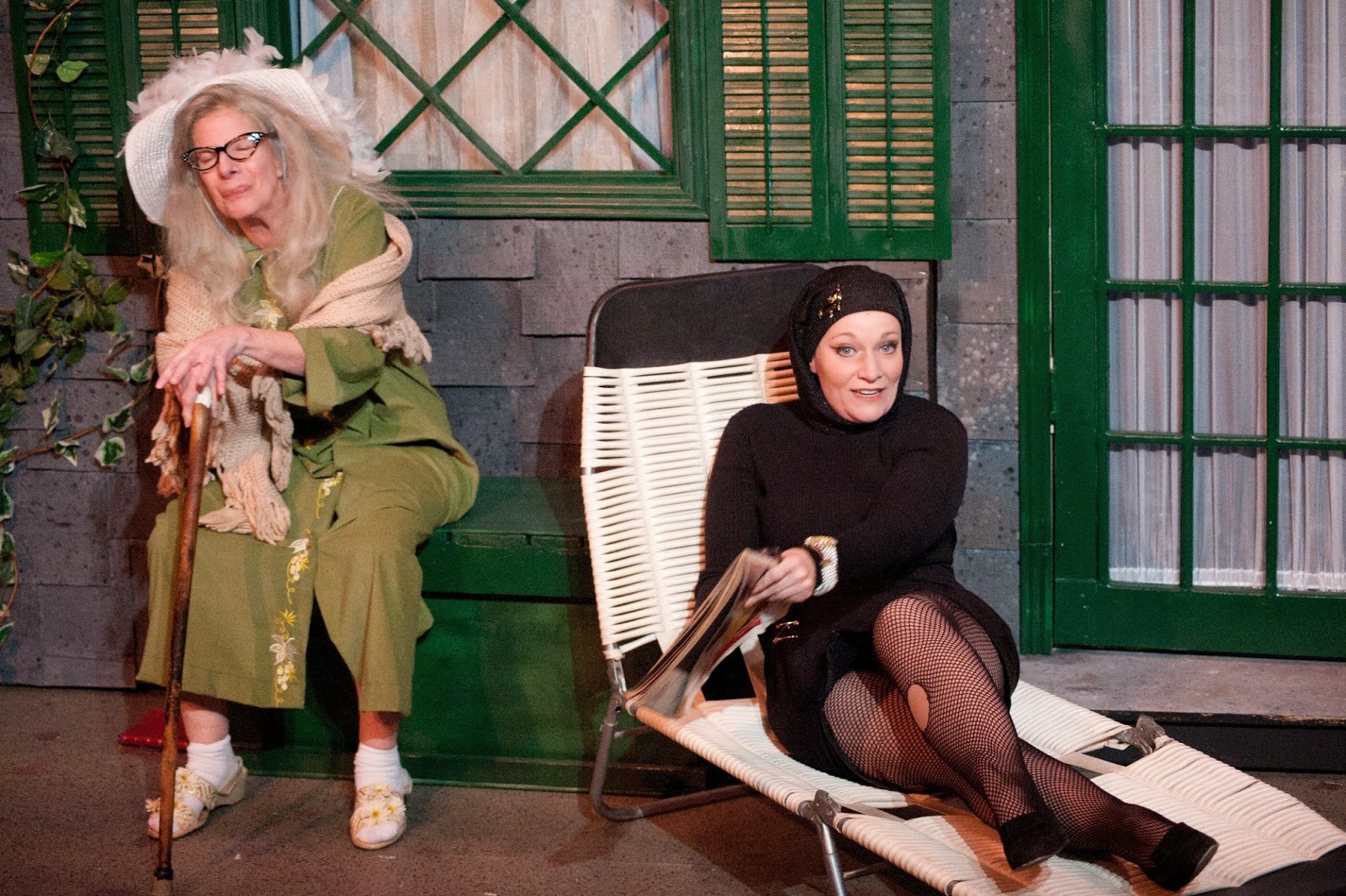 Ms. Persoff’s performance is a tour de force that unleashes a vivid portrayal of a mother whose cruel manipulative behavior destroys the life of her daughter. The abusive mother/daughter relationship, codependent as it is, has been brought about by Big Edie’s having driven off everyone from Dad to husband to even her closest confidant. Whether rationalizing the past with her rendition of “The Cake I Had” or grasping at keeping an adolescent misfit happy with “Jerry Likes My Corn,” Persoff is smashing … right down to her last nerve-rattling primal scream. 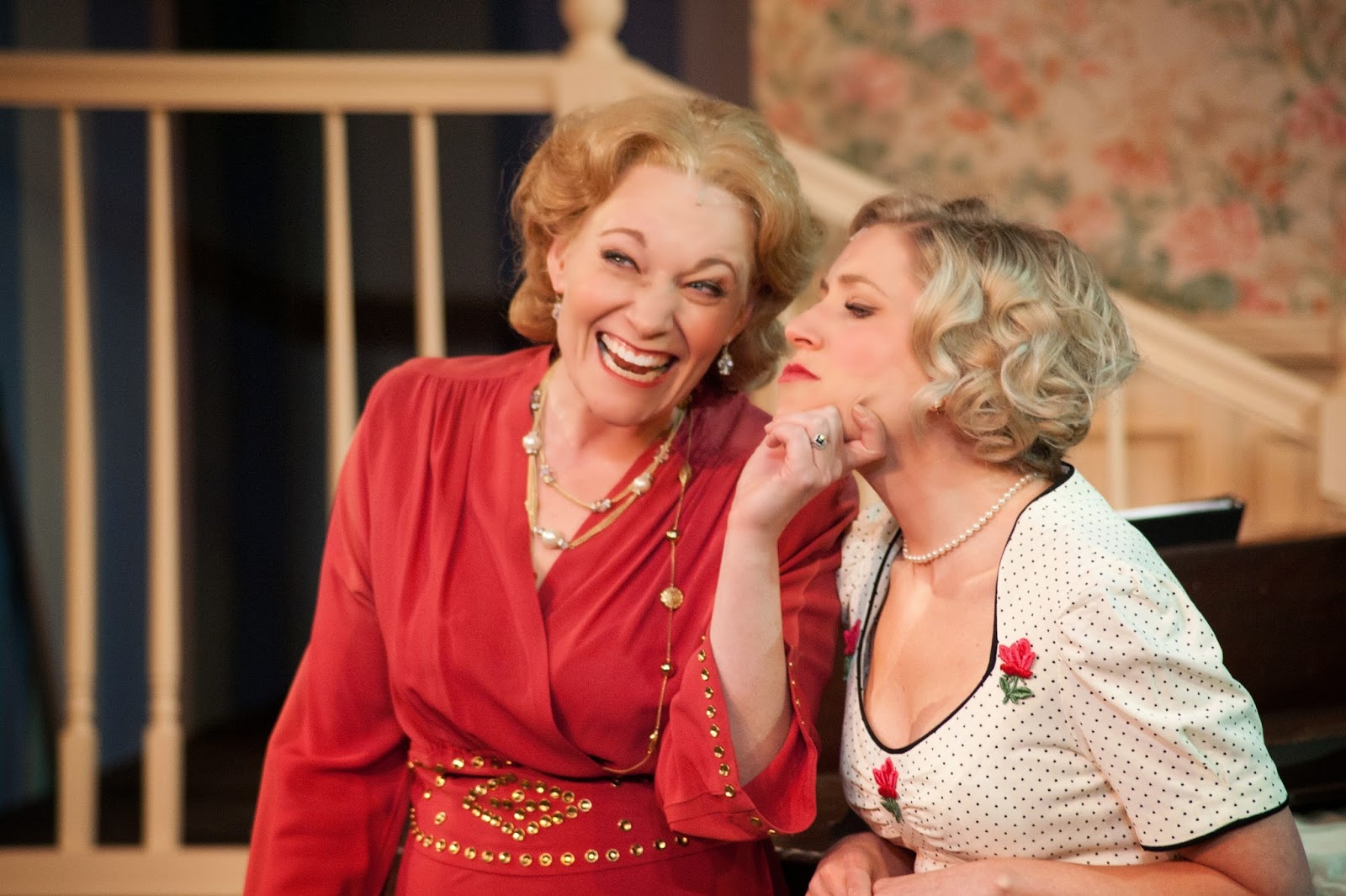 Ms Van De Hey’s performance is superb. This time she gives us a much more hard- boiled portrayal of Big Edie in Act One and a much more mentally damaged Little Edie in Act Two. From her tilted rendition of “The Revolutionary Costume for Today” to her heartbreaking singing of “Another Winter in a Summer Town” describing the insanity-making patterns keeping her stuck in perpetual isolation in the no-choice universe, Van De Hey stuns.

Director Sheri Wright’s directorial expertise shines in her layering of dialogue in key confrontational scenes.
There is such a need for a sense of place in this musical that a great deal falls upon the artistic shoulders of the person creating the set. The mantle of scenic designer is worn well by Douglas Clark, who does a great job creating the look of Grey Gardens in its heyday and later as a ruin. Clark has chosen to adorn the set with clinging vines that are inseparable from the façade. The interior segues from a sumptuous elegance to that of a squalid ruin littered with cans of cat food that “the health department deemed unfit for human habitation.”
The fine supporting cast includes: Rebecca Myers, Christian Munck, Eric Weinstein, Timothy Campbell, Katie Phipps and Hannah Katz.