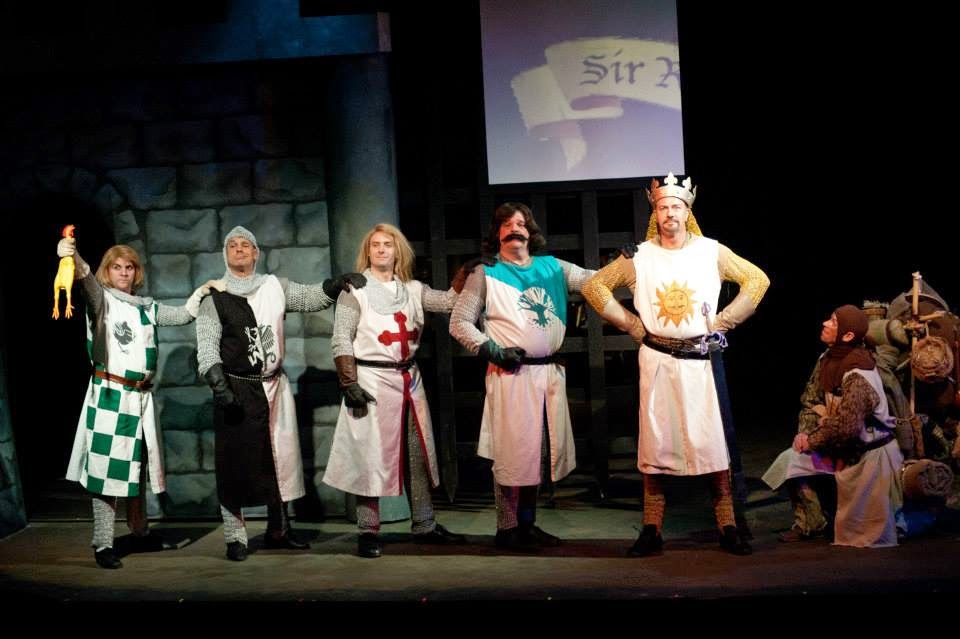 Dear reader, it’s best I let you know at the get-go that this
review is going to be a long list of accolades for a production that’s about as good as it gets!
Any time you’ve seen a musical multiple times and it still fractures your funny bone you know something’s working.
Directed and choreographed by Piper Lindsay Arpan, this production benefits from this artist’s work in “Spamalot” on Broadway as well as in the national tour that followed.
Silly, goofy and wondrously anarchic “Monty Python’s “Spamalot” is a world of humor in which Las Vegas, Broadway and The Middle Ages are magically re-imagined in a way that is totally freeing. It’s a sort of maniacal purging by means of uncontrollable giggling and a general readjustment of the funny bone.

(Just fyi it’s not really the funny bone. Jonathan Cluett, M.D. says that it’s really “the ulnar nerve that sits just on top of the hard elbow, and because most people don’t have a lot of fatty cushion in that spot, the nerve is prone to being “dinged.”)
I’m just sayin.’

Dressed in Linda Morken’s dazzling costumes Sarah Rex portrays the Lady of the Lake with all the virtuosic pipes one could possibly wish for. 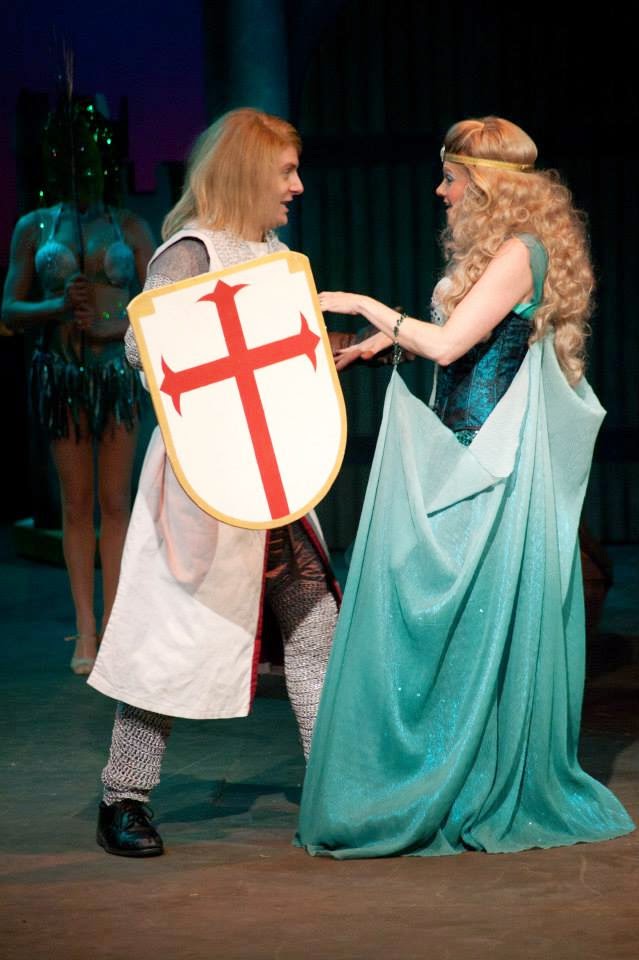 
Rex’s duet with Daniel Langhoff’s dashing, if equally hyperbolic Galahad really lets them ham (spam?) it up Andrew Lloyd Webber-style with their hilarious take on “The Song That Goes Like This.” 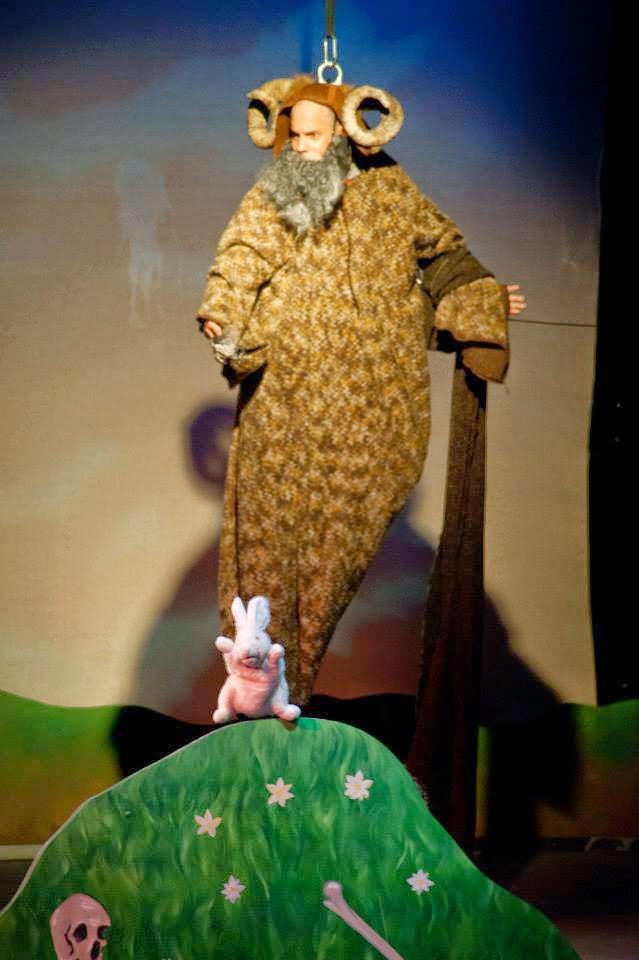 Kurt Brighton above and a little bunny below

Kurt Brighton is a hoot and a half as a closeted Lancelot who’s “outed” in Act Two as well as an unforgettable Tim, the Enchanter.
Bob Hoppe’s Patsy is laugh-a-minute umbrella twirling perfection. His rendition of “Always Look on the Bright Side of Life” is sensational. 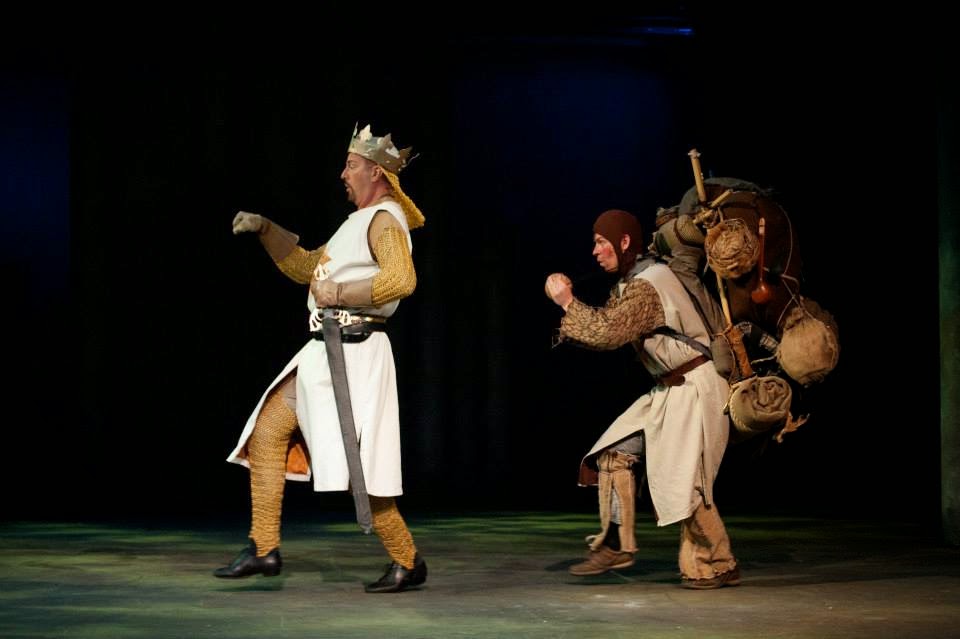 Stephen Day’s stupendously insecure Arthur is masterful. We finally get to hear that gorgeous voice when he unleashes his royal self-pity in “I’m All Alone.”
Michael Bouchard is a stitch as Sir Robin and Brother Maynard.  This artist needs to be in lots more musicals! Nudge nudge wink wink.
Liam Speros knocks us dead (but not yet!) as Not Dead Fred, the Historian and Prince Herbert.
Jim Hitzke is lovely as Mrs. Galahad, Dennis's mother.
Jen Orf’s scenic design is her best to date and eye-popping throughout!
Martha Yordy gives us  magic with her slightly offstage and just a little bit to the left stage orchestra.
Shannon McKinney 's lighting design sets the stage ablaze.
El Armstong contributes a superb sound and projection design.
The fabulously gifted ensemble includes such fine artists as: Rae Klapperich, Jessica Hindsley, John Mackey and Parker Redford.
In case you missed something… I LOVED IT!

For tickets call 303-739-1970 or go online at aurorafoxartscenter.orgMarlowe's Musings