AN INTERVIEW WITH PELHAM (PAT) PEARCE, THE GENERAL/ARTISTIC DIRECTOR OF CENTRAL CITY OPERA 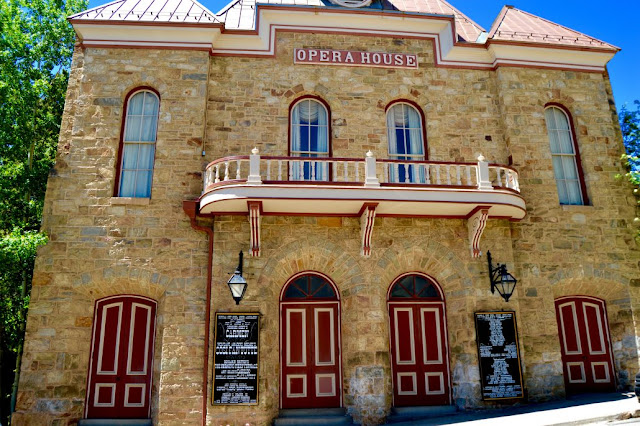 I had the great good luck of getting to interview Central City Opera’s General/Artistic Director, Pelham (Pat) Pearce the other day and the excitement  was palpable as  he described the upcoming season at Central City Opera.
In honor of the 200thanniversary of Herman Melville’s birth, Central City Opera is presenting the Colorado Premiere of Benjamin Britten’s maritime masterpiece, “Billy Budd.” (It is this critic's not so humble opinion that this production of "BILLY BUDD" will be the piece de resistance this summer. Do not miss it!)
Pearce has focused on bringing the works of Britten to Central City Opera over the last 22 years. In fact, his intention is to bring the entire Britten canon to this historic 500-seat jewel box opera house.
Starting with “Gloriana” and ”A Midsummer Night’s Dream,” Pearce went on to produce “Paul Bunyan,” “Curlew River,” “The Rape of Lucretia,” “The Turn of the Screw”, “The Prodigal Son,” and “The Burning Fiery Furnace.”
“Billy Budd” is based upon the novel by Herman Melville, and the libretto was written by Eric Crozier and E.M. Forster. This production will be conducted by John Baril with stage direction by Ken Cazan.
Daniel Norman will sing Captain Vere, John Claggart will be sung by Kevin Burdette and Joshua Hopkins will perform the role of Billy Budd.
Pearce said, “since the stage at the Central City Opera House is not large enough to contain a British man o’ war, co-set designers, David Martin Jacques and Tahishi Kata are being required to use all kinds of modern technology to create the look of the show. They’ve spent a small fortune on rope to create the climbable rigging.”
Set in the time period of the Napoleonic wars, the costumes will be time specific.
Performances of Billy Budd will run from July 6 through August 4. (Exact dates and times may be found on the Central City Opera website.)

(Hopefully you've already got your tickets. Word on the street is that BILLY BUDD is going to blow the roof off!!)

One of the best loved operas in the repertoire, Puccini’s exquisite “Madama Butterfly” was last performed by Central City Opera in 2010.
This year Cio-Cio San will be sung by Raquel Gonzalez, Suzuki by Annie Rosen and Pinkerton by Cody Austin. Sharpless will be performed by Troy Cook.
Pearce said that “director Alison Moritz puts her own spin on this classic by allowing us as audience to see the proceedings through a sepia-toned palette, recalling the photographs of the time when Japan opened its doors to the West.”
Adam Turner, who was recently named Artistic Director for Virginia Opera, will conduct.
There will also be a double bill: “The Blessed Damozel” by Claude Debussy and “Litanies to the Black Virgin” composed by Francis Poulenc. These two exquisite works will be sung by an all-female cast in French and semi-staged at St. Mary’s Catholic Church. They both feature the women of the Bonfils-Stanton Foundation Artists Training Program. Pearce said that “those who wish to experience these beauties had better call soon as tickets are selling like hot cakes.”
Central City Opera is also featuring “ENCORE,” an evening of sensational Broadway tunes at the Opera House on August 3rdand 6th, featuring Colorado favorite, Jennifer De Dominici. CCO debuted this ear-pleasing evening last season and it’s back by popular demand.
Central City Opera is the fifth oldest opera company in the country and has been in operation since 1932. Besides enthralling Colorado audiences, it has attracted national and international attention with its operatic offerings.
The Central City Opera House was built in 1878 by Robert Roeschlaub, the architect who also built the Trinity United Methodist Church in Denver. 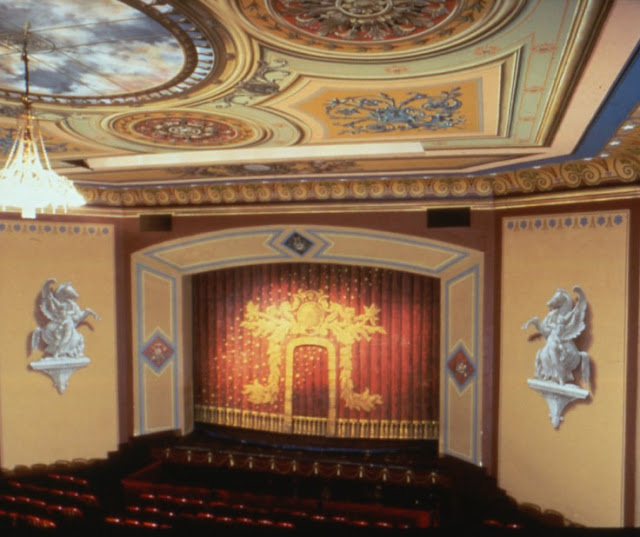 It’s graced by the magnificent trompe l’oeil murals by San Francisco artist, John C. Massman. This venue provides an intimacy that’s hard to come by. When it first opened its doors there was no such thing as air conditioning. As a result many famous actors chose to leave the heat of New York City’s asphalt jungle to perform in plays in the fresh, cool atmosphere of Central City, Colorado.
Lillian Gish christened the newly restored opera house with “Camille,” beginning the tradition of the annual summer festivals we have today.
Some of the other stars who have played at Central City summer festivals are: Beverly Sills, Helen Hayes and Samuel Ramey. Walter Huston played Othello with his wife, Nan Sunderland as Desdemona at the opera house in 1934.
There are numerous hauntings reported in the area; so if you happen to be a Ghostbuster you have a whole new world to explore when you’re not at the opera.
If you’re a history fan, there’s lots to discover about this town. After gold was discovered at Gregory’s Gulch in 1859 there was a gold rush that added 10,000 people to the little town. In 1871 the Republican convention found its way to Central City and the rowdy participants (200 of them) found themselves unceremoniously dumped from an upper level into an office on the first floor. Luckily no one was injured.
I’ve said it before, and I’ll say it again: the intimacy of the Central City Opera house provides an up close and personal delivery of the repertoire of Grand Opera as well as the very best gems of American Opera.
Whether you’re an opera virgin or a jaded culture vulture, it’s this reviewer’s not so humble opinion that Central City Opera is the most consistently excellent producer of operas in Colorado.
In an interview some fifteen or sixteen seasons ago Artistic Director Emeritus, John Moriarty told me that Meredith Willson got the inspiration to write “The Unsinkable Molly Brown” while having a cocktail at the Teller House right next door to the Opera House. And don’t forget to check out Herndon Davis’ stunning 1936 painting now known as “The Face on the Barroom Floor” while having your own cocktail at The Teller House. Ever since the Gold Rush of 1859, Central City, Colorado has been known as “the richest square mile on earth.” Now, however, the mother lode is Central City Opera. The gems are its glorious operatic productions.
There is the usual parking available in the Opera Company’s parking lot as well as free parking in the garage at Century Casino. Kevin Taylor is serving dinner upstairs next door to the opera house and there is the usual light fare at the Teller House and in the casinos. Get your rezzers early because they fill up early on opera evenings.
Pearce concluded by saying, “We’re going to make magic this summer. Come up and experience the unforgettable! It’s a good eclectic season with something for everyone.”
See you at the opera!