BRUTALLY HONEST AND DISTURBING IN ITS DEPICTION OF AMERICAN HISTORY, "THE KENTUCKY CYCLE" IS A SWEEPING HISTORICAL DRAMA THAT CRIES OUT TO BE SEEN. 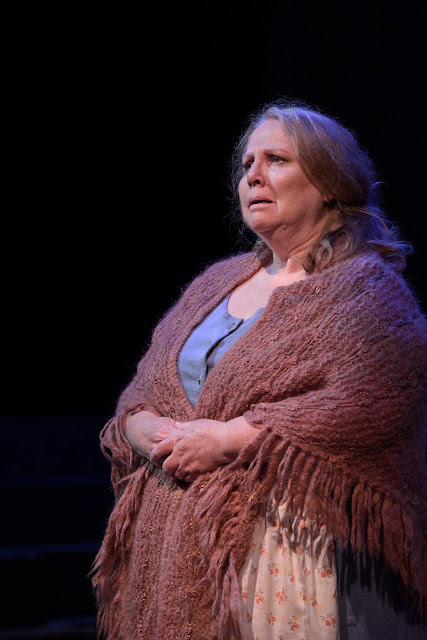 Robert Schenkkan’s Pulitzer Prize-winning play, THE KENTUCKY CYCLE, spans two centuries from 1775 to 1975. More than just the story of three families, who are Black, White and Native American, and whose histories are irrevocably interwoven, THE KENTUCKY CYCLE encompasses all things Americana from mythology to reality and back again in nine short plays.
Playwright Schenkkan is a three-time Emmy award nominee who has written for stage, film and television. Among his more recent works are the Henry Award-winning musical, THE TWELVE, the critically acclaimed play about Lyndon Johnson, ALL THE WAY, and the screenplay for the film, HACKSAW RIDGE.

Craig A. Bond’s deft direction paces this epic production in such a way that the matinee and evening performances fly by. Bond’s unflinching ability to give us a clear-eyed vision of things not always found in our history books, rivets us.
Kevin Taylor’s projections provide lush natural backgrounds and locations for us as we go along the journey.
Luke Rahmsdorff-Terry’s sound design, which bridges the scenes with folk tunes and other environmentally descriptive sounds, is most memorable.
Susan Rahmsdorff-Terry’s costume design provides just the right look.
There are many luminous and nuanced performances in this two-part play. Standing out in this huge cast are: Sam Gilstrap, Perry Lewis, Joe Mack, and Darcy Kennedy, along with, Jeff Jesmer, Christin Mason, David Harms & Cris Davenport.
Not for the faint of heart, this production deals honestly with those things that we of this generation were only told about, and not there to see.
It’s a gift to have Vintage Theatres produce this two-part opus. The fact that it’s done with such skill makes the two parts of THE KENTUCKY CYCLE unmissable. Run to get tickets. Marlowe's Musings

Vintage will be serving dinner during intermission for the Kentucky Cycle for $15 per person. To make a dinner reservation please call the box office at 303-856-7830.