A tip of the hat to the powers that be at Arvada Center for bringing us this little known sparkler of a musical theatre gem. Composed by Maury Yeston, who gave us “Titanic, the Musical” and “Nine,” the score for “Death Takes a Holiday” is melodious and often breath taking. The Book by Peter Stone and Thomas Meehan is based upon the Italian play, “La Morte in Vacanza” that was set in the 20s and later made into a film in 1934 starring Frederic March. The musical has more than a little in common with the contemporary film, “Meet Joe Black” in which Death takes on a human form to experience life with all its wonders and emotions.
More I will not tell you about this enthralling evening of theatre. You need to experience it for yourself. 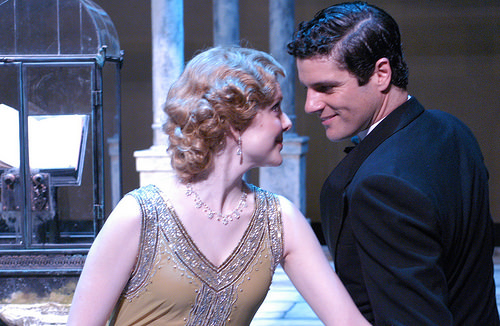 The leads, Peter Saide (Prince Nikolai Sirki/Death) and Kristen Hahn (Grazia), are both glamorous,multi-talented musical theatre actors. Ms. Hahn has a soaring soprano one wishes he could listen to forever.  Mr. Saide’s vocals are outstanding!
The supporting cast is full of Denver’s brightest and best!
Megan Van De Hey is luminous as Duchess Stephanie. Her mellifluous vocals and brilliant acting are, as always, formidable! 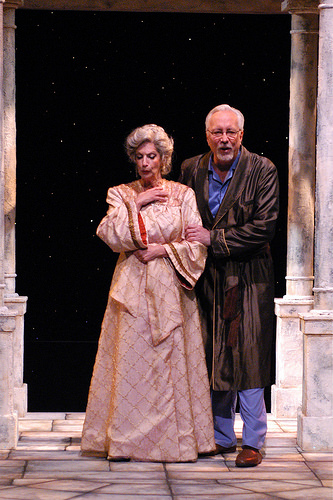 Erica Sarzin-Borrillo portrays the Contessa Evangelina Di San Danielli with consummate patrician elegance and poise. Her singing of “December Time,” a number recalling such musical moments as “I’m Glad I’m Not Young Any More” from “Gigi” and “Liaisons” from “A Little Night Music,” mesmerizes.
Andrew Diessner stuns us with his magnificent singing of “Roberto’s Eyes.” One must ask the local producers why this great talent is not featured more regularly upon the Denver stage!
Mark Rubald, Emily Van Fleet, Barb Reeves, Gregory Price and Paul Curran are also featured.
The technical work is sublime. Shannon McKinney’s lighting design is exemplary. Kitty Skillman Hilsabeck’s choreography is her usual professional excellence. Brian Mallgrave’s scenic design for the Villa Felicita in Northern Italy is remarkable. Clare Henkel’s costume design is spot on. David Nehls' music direction is superb.