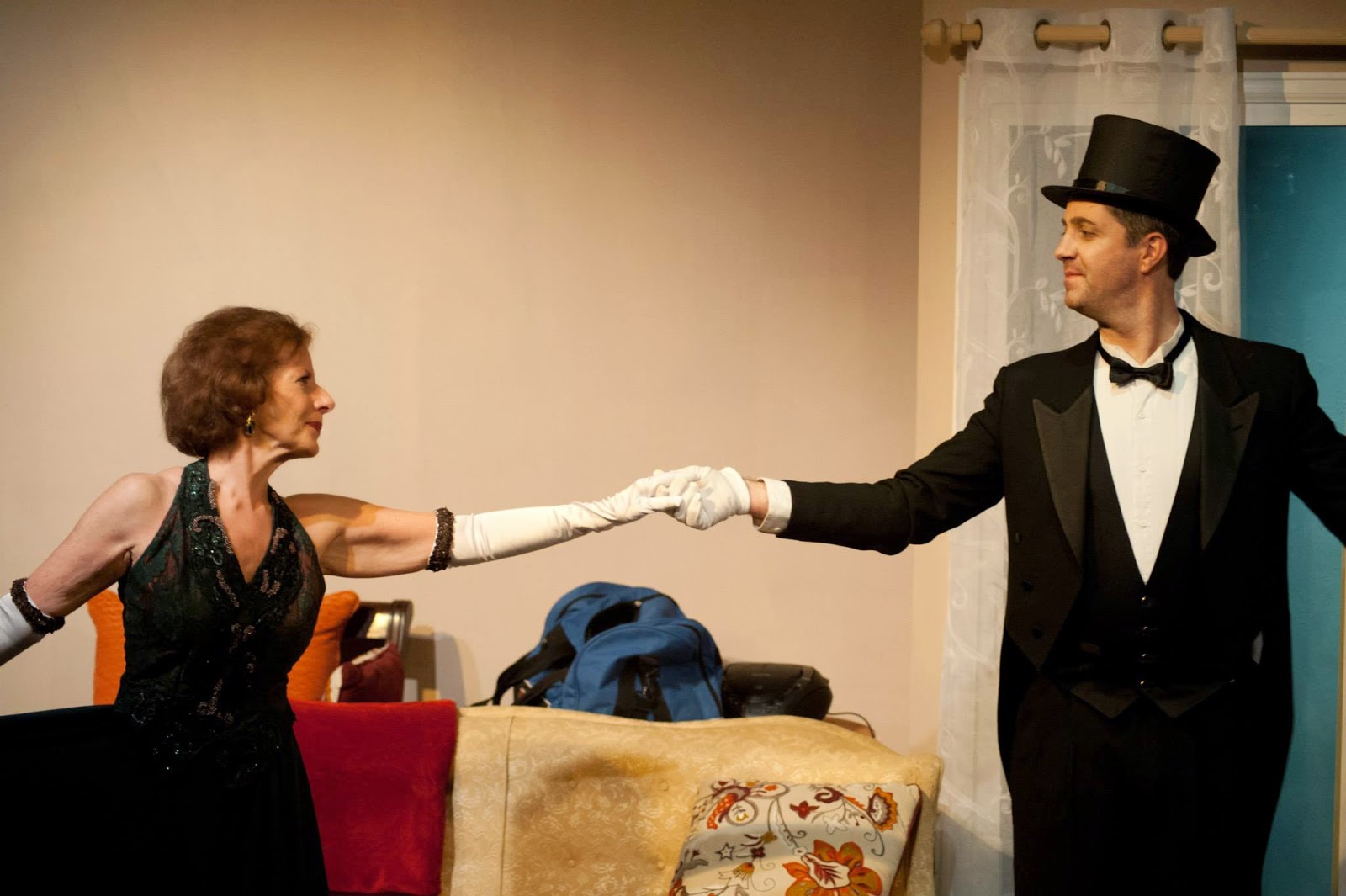 “Six Dance Lessons in Six Weeks” is a two-character play set in  Florida.
Deborah Persoff portrays Lily Harrison, a woman of a certain age who, widowed and lonely, wishes to experience a more fulfilling life.
Preston Britton is Michael Minnetti, a gay dance instructor with attitude who appears at her door after Lily signs up for private lessons in her home.
What begins as a decidedly incompatible relationship develops into a sometimes exuberant, sometimes graceful pas de deux.
Whether the dance is a romantic waltz or fast paced Hustle or Tango, Persoff and Britton move together with fluidity and charm. This duet has chemistry to go!
Dame Persoff ‘s performance is revelatory. This artist exhibits a range of emotion from antagonistic disgust (contentious retaliation?) to animated joie de vivre to poignant self deprecation.
Preston Britton’s hilarious portrayal of this flip, out-spoken gay man engages and endears.
Their repartee is laced with acerbic humor. At one point Lily says, ”If you say your age out loud your face hears it?”
Christine Samar’s costume design provides us with real visual contrast. The wardrobe created for Dame Persoff is an array of dazzling gowns and ensembles while Mr. Britton’s outfits are mostly hilarious.
Sharon Dwinnell, a professional dancer from New York, provides the varied choreography.

Ever the champion of diversity in theatre it’s not surprising that director Craig Bond has chosen a script that addresses such issues as ageism and homophobia. Bond’s astute direction elicits performances that are as animated as his pacing is swift. His choice to have the scenes bridged visually by the cinematic expertise of Dan Rib's projections adds immeasurably to this evening of theatre.

The play is a heartfelt work that speaks to the healing balm of friendship we all crave at every age.

Posted by David Marlowe Theatre Reviews at 11:54 AM