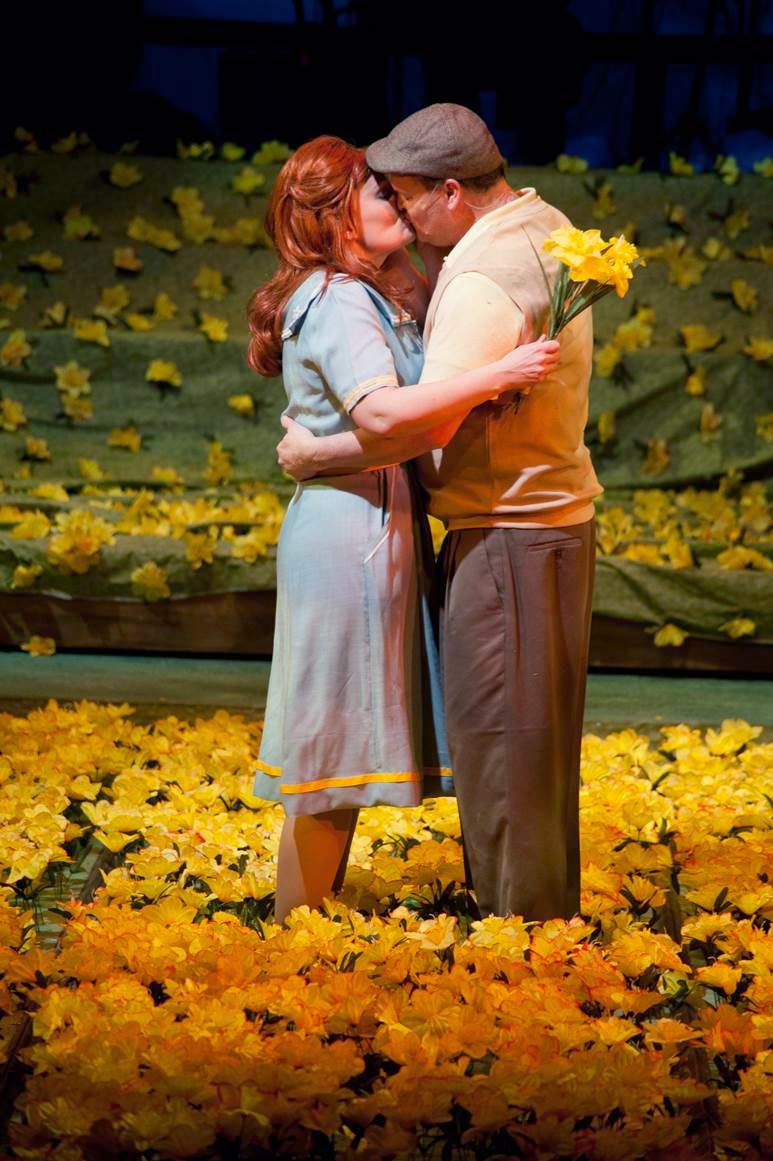 “Big Fish, The Musical,” based upon the movie, is a real heart-opener. It’s the story of a son who wants to know the real man he feels is hidden behind his father’s magical tall tales.
Director John Ashton has done an admirable job in the casting and pacing.
Kevin Schwarz is the perfect right casting for Edward Bloom. This man can sing and act and comes off onstage as a sort of regular guy ‘every Dad.’
Matt Summers acts and sings the role of Edward’s son Will, with great heart.
Megan Van De Hey delivers a luminous portrayal of Sandra Bloom that’s enhanced by her heartfelt singing of  “Two Men in My Life” and “I Don’t Need a Roof.”
Rob Costigan stands out in a comic portrayal of Amos Calloway.
Mark Rubald is charming as Karl, the giant.
The ensemble is full of the names of local favorites such as: Rachel Turner, Heather Doris, Mark Lively, Brian Murray and Scott Rathbun.
David Nehls’ music direction, Charles Dean Packard’s scenic design and Piper Lindsay Arpan’s choreography are all top-notch.