CENTRAL CITY OPERA SEASON 2015 PREVIEW
“It’s an experience you can’t get anywhere else.” 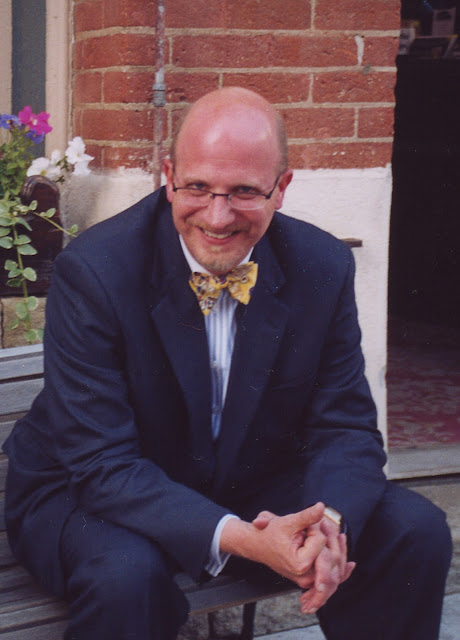 General /Artistic Director Pelham “Pat” Pearce took time out of his busy schedule recently to tell the readership of Marlowe’s Musings about the upcoming season. Since his arrival in 1996 Pearce has done wonders with the eighty-three year old company by mixing the classics with contemporary works. Some of the unforgettable productions produced by Pearce are: “Gloriana,” “A Midsummer Night’s Dream”, “Poet, Li Bai” and the transcendent “Madama Butterfly” of five seasons ago.

Central City Opera is the fifth oldest opera company in the country and has been in operation since 1932. Besides enthralling Colorado audiences it has attracted national and international attention with its operatic offerings. The press from Europe and South America was huge for both “Gloriana” and “Poet Li Bai."

The 2015 Festival will open with Verdi’s “La Traviata,”playing July 11 through August 8. It’ll be followed with this year’s nod to the canon of the American Musical, “The Man of La Mancha.” The regional premiere of  Boismortier’s “Don Quixote and the Duchess” (July 28 and August 1) and Britten’s “The Prodigal Son” (July 29 and August 5) will complete the season. It is to be noted that “Don Quixote and the Duchess” will also play Fort Collins on August 6 and there will be a performance of “The Prodigal Son” in Colorado Springs on July 30.

Pearce spoke about The Power of Women (POW) events that have been created for this season. “The Power of Women in the Arts Roundtable” will point up the challenges and triumphs of Colorado’s leading ladies on Thursday, June 25 at Colorado Ballet in downtown Denver from 6:00pm to 8:00pm. The point and purpose of this gathering is to celebrate the power of women and their evolving role in society as inspired by the leading lady Violetta in Central City Opera’s production of  “LA TRAVIATA.”  Although its production of Verdi’s masterpiece is somewhat of a remount of the 2007 production, this time it’s directed with a woman’s touch. Elise Sandell will direct Ellie Dehn as Violetta, Ryan MacPherson will portray Alfredo and Troy Cook will take on the role of Alfredo’s father, Germont. 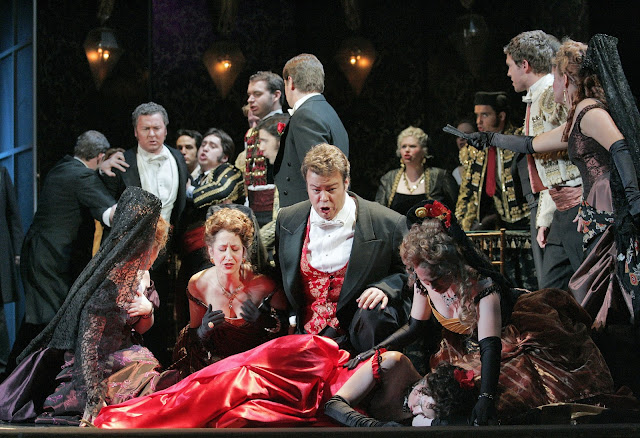 Ellie Dehn will be remembered for her outstanding Dona Ana in Opera Colorado’s recent “Don Giovanni.” Troy Cook was the indelible Marcello of Central City Opera’s recent “La Boheme.” (Troy was also the Captain in SOUND OF MUSIC last year and Ravenal in SHOW BOAT (2013)). Ryan MacPherson was the unforgettably hilarious Pluto in Offenbach’s “Orpheus in the Underworld” a couple of seasons back also at Central City Opera.

When I asked Pearce why the shows always sounded so excellent at CCO he admitted that the fact that they “have a training program for young opera singers helps. Where else can you find a chorus made up of thirty-one soloists?”  Then there’s that fantastic live orchestra in the pit conducted by such superb conductors as John Baril (“La Traviata”), Adam Turner (“Man of La Mancha”) and Christopher Zemliauskas (“The Prodigal Son” and “Don Quixote and the Duchess.”)
One of the other reasons the shows are so good at Central City Opera is that the stage direction is outstanding.
This year “La Traviata” will be stage directed by Elise Sandell. This artist has directed everything from the Robinson production of Mozart’s “The Abduction from the Seraglio” to “Cosi Fan Tutte”(also a Robinson production.)  A number of seasons ago Sandell directed “The Face on the Barroom Floor “ for Central City Opera as well.
Paul Curran, the Artistic Director of Norwegian National Opera and Ballet will direct “Man of La Mancha”. Curran is well known in Colorado after he directed the stunning productions of “The Tales of Hoffmann” (2004) and “The Rape of Lucretia”(2008). Having worked as an assistant to Baz Luhrmann in the nineties on a production of Benjamin Britten’s “A Midsummer Night’s Dream” Curran brought his own stamp to the production when he directed it here. 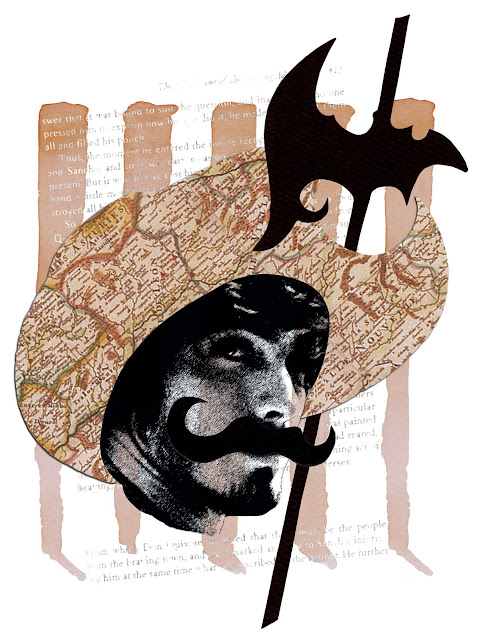 Baritone Robert Orth (Richard Nixon in Opera Colorado’s superb 2004 production of John Adams’ “Nixon in China”) will portray the famous knight and mezzo-soprano Lucy Schaufer (Erika in “Vanessa” and  “Cherubino in “The Marriage of Figaro”) will be his Aldonza. (These two also performed together in SOUND OF MUSIC last year as Max and Elsa, the Baroness.)
Sancho Panza will be sung by tenor Keith Jameson (the Novice in Britten’s Billy Budd at The Metropolitan Opera).
Adelmo Guidarelli, recently dubbed “the clown prince of opera” because of his fine work in opera buffo, will sing the innkeeper. Early in his career this artist was told by Pavarotti to “make opera your Bible."

The first of the two one-acts this season is Benjamin Britten’s “The Prodigal Son.” This opera will be performed in St. James United Methodist Church across the Street from the Opera House. Bille Bruley, who sang the part of the Solo Inmate in last season’s outstanding “Dead Man Walking,” will sing the part of the Tempter (Abbot). Bruley
Michael Kuhn, who has been praised for his “gorgeously clear and colorful tenor” will play the Younger Son. Kuhn will also sing the Padre in “Man of La Mancha.”
Baritone Nicholas Ward will sing the Older Son. You will remember him for his roles in such recent productions as “Dead Man Walking,” Bernstein’s “Trouble in Tahiti” and Rorem’s “Our Town.” Baritone Timothy McDevitt will sing the part of the Father. McDevitt received international acclaim with his debut as Le Mari in “Les Mamelles de Tiresias” at the Festival d’Aix-en-Provence. McDevitt will also sing Marchese in this season’s “La Traviata.”

The regional premiere of “Don Quixote and the Duchess” features the music of Joseph Bodin de Boismortier and a libretto by Charles-Simon Favart that’s been translated into English by Thomas Getty. This opera puts forth an episode from Cervantes’ book not used in “Man of La Mancha.” This opera will be conducted by Christopher Zemliauskas and directed by Kyle Lang. James Dornier, who sang the part of Basilio in last season’s The Marriage of Figaro,” will portray Don Quixote. Coloratura Soprano Maya Kherani, who has sung everything from Rosina to Eurydice, will sing the role of Altisidore. Michael Kuhn will sing Sancho. This opera will be performed in the company’s rehearsal center.

The opera house was built in 1878 and provides an intimacy that is hard to come by. When it first opened its doors there was no such thing as air conditioning. As a result many famous actors chose to leave the heat of New York City’s asphalt jungle to perform in plays in the fresh, cool atmosphere of Central City, Colorado.
Lillian Gish christened the newly restored opera house with Camille; beginning the tradition of the annual summer festivals we have today. Some of the other stars who, have played at Central City summer festivals are: Beverly Sills, Helen Hayes and Samuel Ramey.

There are numerous hauntings reported in the area; so if you happen to be a Ghostbuster you have a whole new world to explore when you’re not at the opera.
If you’re a history fan there’s lots to learn about this town. After gold was discovered at Gregory’s Gulch in 1859 there was a gold rush that added 10,000 people to the little town.
In 1871 the Republican convention found its way to Central City and the rowdy participants (200 of them) found themselves unceremoniously dumped into an office on the first floor. Luckily nobody was injured.

In an interview some fifteen seasons ago Artistic Director Emeritus John Moriarty told me that Meredith Willson got the inspiration to write “The Unsinkable Molly Brown” while having a cocktail at the Teller House right next door to the Opera House.

Ever since the Gold Rush of 1859, Central City, Colorado has been known as “the richest square mile on earth.”  Now however, the mother lode is Central City Opera. The gems are its glorious productions.

There is the usual parking available in the Opera Company’s parking lot as well as free parking in the garage at Century Casino.
Kevin Taylor is serving dinner upstairs next door to the opera house and there is the usual light fare at the Teller House and in the casinos.
Whether you’re an opera virgin or a jaded culture vulture, it’s this reviewer’s not so humble opinion that Central City Opera is the most consistently excellent producer of operas in Colorado.

See you at the opera!

For more information regarding the specific dates and times of the operas and scheduling of the events go online to centralcityopera.org or call 303-292-6700.