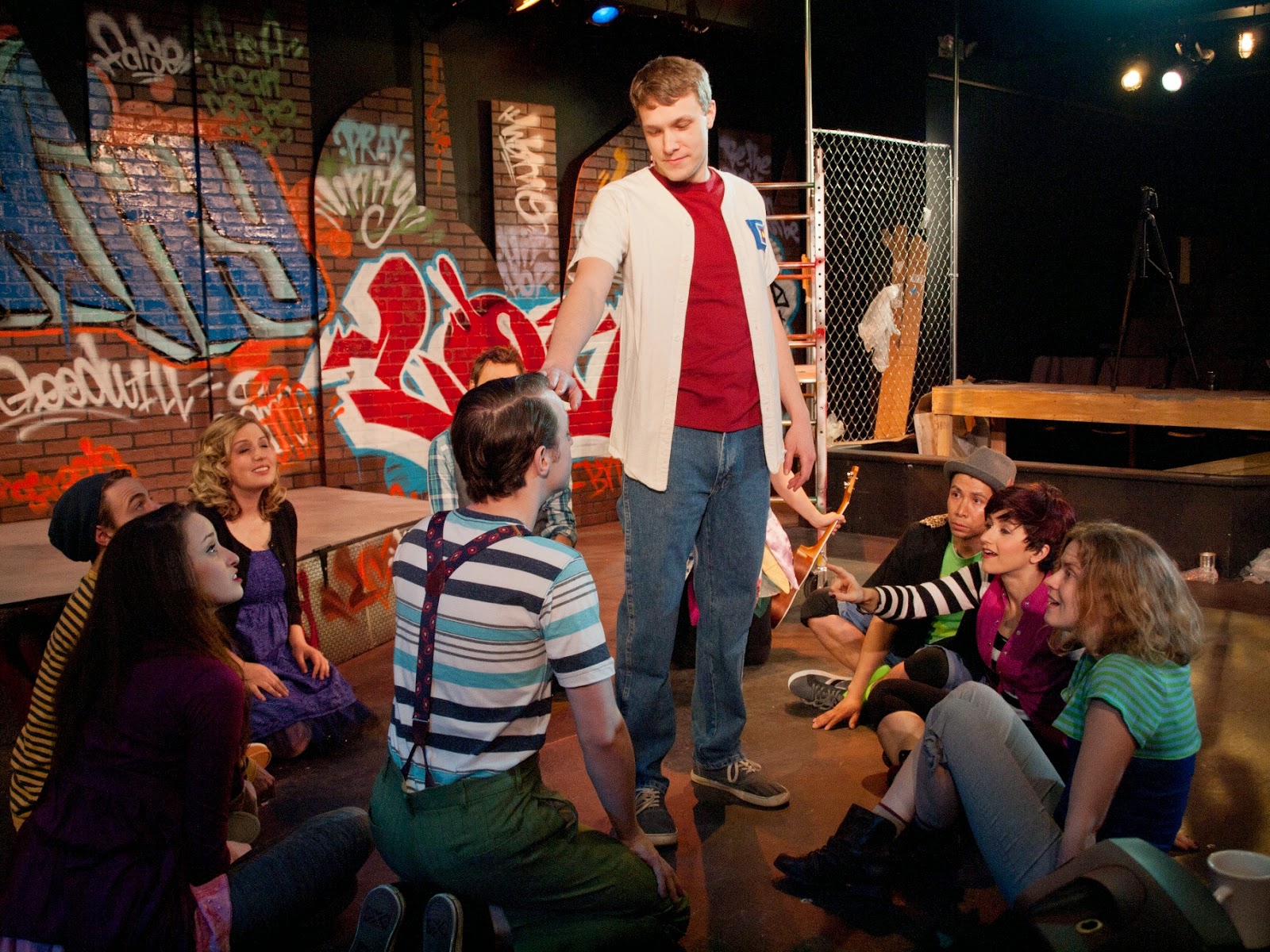 Matt Kok and the cast of "Godspell,the Revival" with photo credit to Cody Schuyler

Matt Kok’s performance in the role of Jesus is the reason to see “Godspell", the Revival.”
This role is seldom cast properly and almost never well acted. Director Brenda Bilings’ choice to put this actor in the role is golden, and I don’t mean the location. Kok’s portrayal of the main character in St. Matthew’s narrative is one of honest simple goodness. What’s so great about his performance is his ability to remain centered in a state of joyous acceptance in his interaction with the other cast members without resorting to saccharine sweetness delivered regularly by most actors in this role.
Simplicity was the word for “Godspell” … initially. Now it’s been “revived” louder, and with a nod to the contemporary sounds of rock and rap. And although I vote for the original, there is much to praise about the Revival. The cast is uniformly good and the onstage musicians are all wonderful.
Younger audiences may find this production right up their alley.  It speaks to their musical tastes and the graffiti adorning the stage looks just like that, which, is plastered, on building facades all over town.
Unfortunately the choice to bring audience members up onto the stage to portray Lazarus and others – as well as getting them back to their seats – breaks the momentum.
Some of the songs you may remember are: Day-by-Day, Beautiful City, Turn Back O’ Man and All for the Best.
Some of the wonderful actors are: Carter Edward Smith, Gabriel Morales Jackie Jo Billings, Leslie Randle, Jenna Haines, Ashley Brown, Felicia Tuttle and Drew Horwitz.
Miners Alley
“Godspell (The Revival)”
March 27 - May 3
A group of people helps Jesus Christ tell parables using a wide variety of techniques and songs.
Fri. and Sat. @ 7:30 p.m.; Sun @ 6 p.m. (2 p.m. on Sun., May 3)
$26 Adult - $23 Senior and Youth - $$15 Children under 12

Posted by David Marlowe Theatre Reviews at 9:43 AM