Soul shattering and emotionally devastating, The Edge Theatre’s production of “The Beauty Queen of Leenane” is one of the most powerful of the season.
Sure an’ ye can’t go wrong gettin’ a ticket for Martin McDonagh’s “The Beauty Queen of Leenane.” It’s at The Edge Theatre over at Teller and Colfax and well, even before ye go ye’re sure to be cheered by lookin’ at the cast list and who’s directin’ it.
For actors it’s got the likes of Emma Messenger, Emily Paton Davies, Mark Collins and Michael Bouchard.
And the directed by is Michael Stricker whose artistry elicits two of the best performances of the season as he sounds the depths of the loneliness and despair in the hearts of the women of Galway. 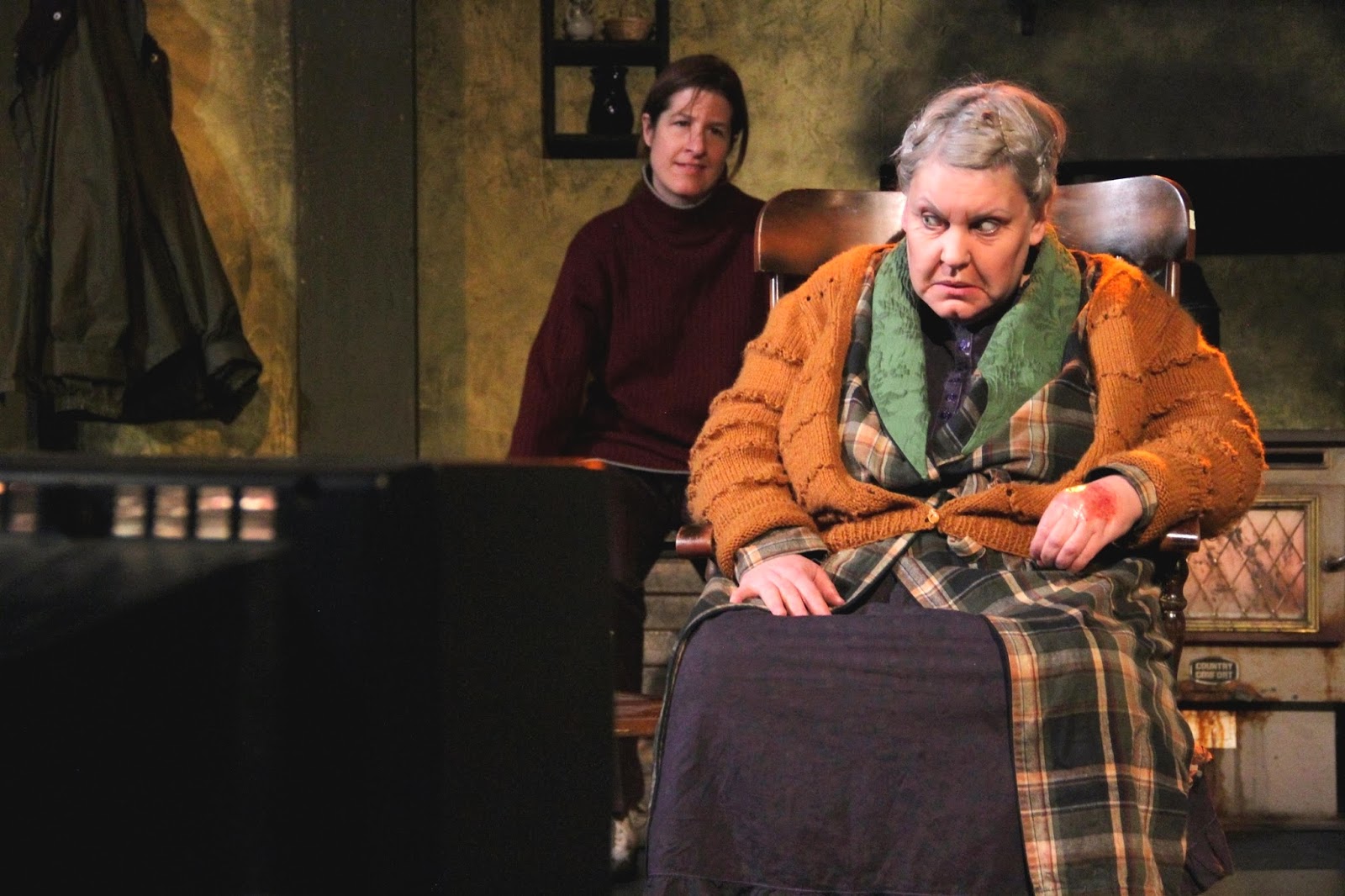 Left to right:Emily Paton Davies and Emma Messenger
Emma Messenger’s chilling portrayal of manipulative Mag Folan is delivered with a laser-like focus that the intimacy of  The Edge Theatre allows one to literally watch her character’s conniving brain cranking out her next manipulative strategy. Unnerving and crazy-making! 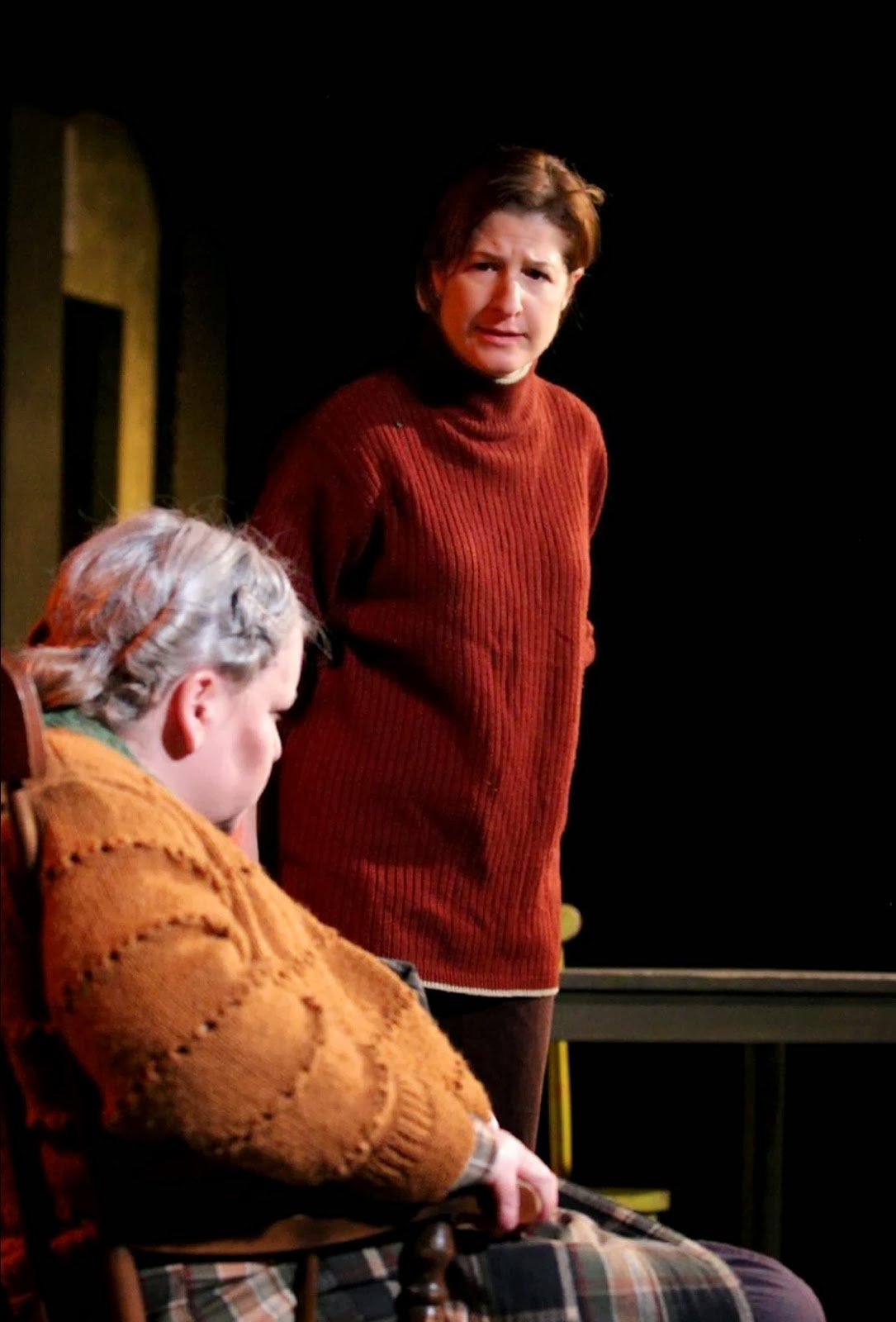 
Mark Collins’ tender portrayal of Pato Dooley turns this production into something of a theatrical coronary. 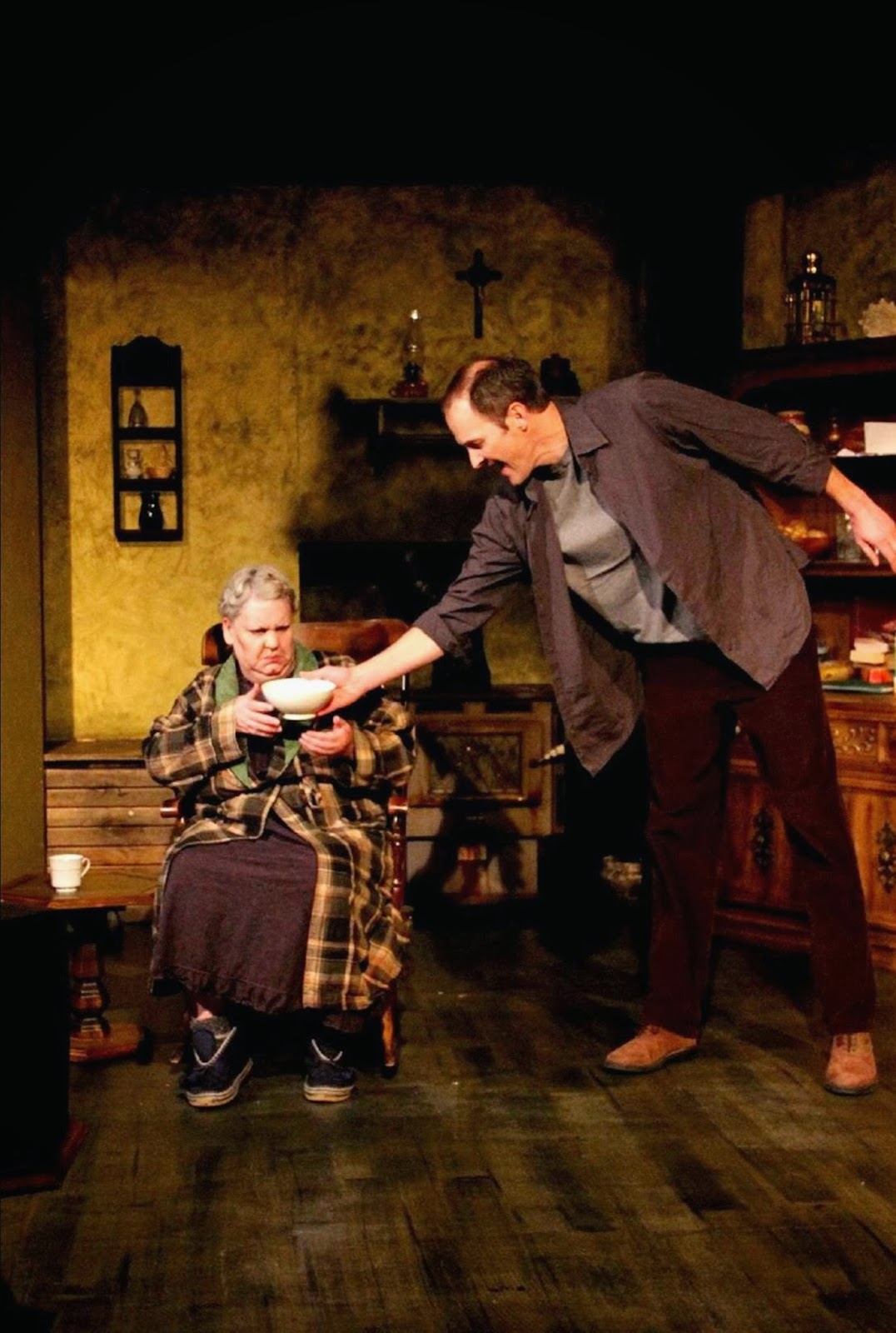 If his characterization had been in the least bit related to those of the vicious, conniving creatures who people the rest of the play that would not be the case.    However… the exaggerated contrast Collins provides and the poignancy of his single scene with Ms. Davies’ desperately needy Maureen fill our hearts with the unfounded hopes that Mr. McDonagh will wring out of them by final curtain. 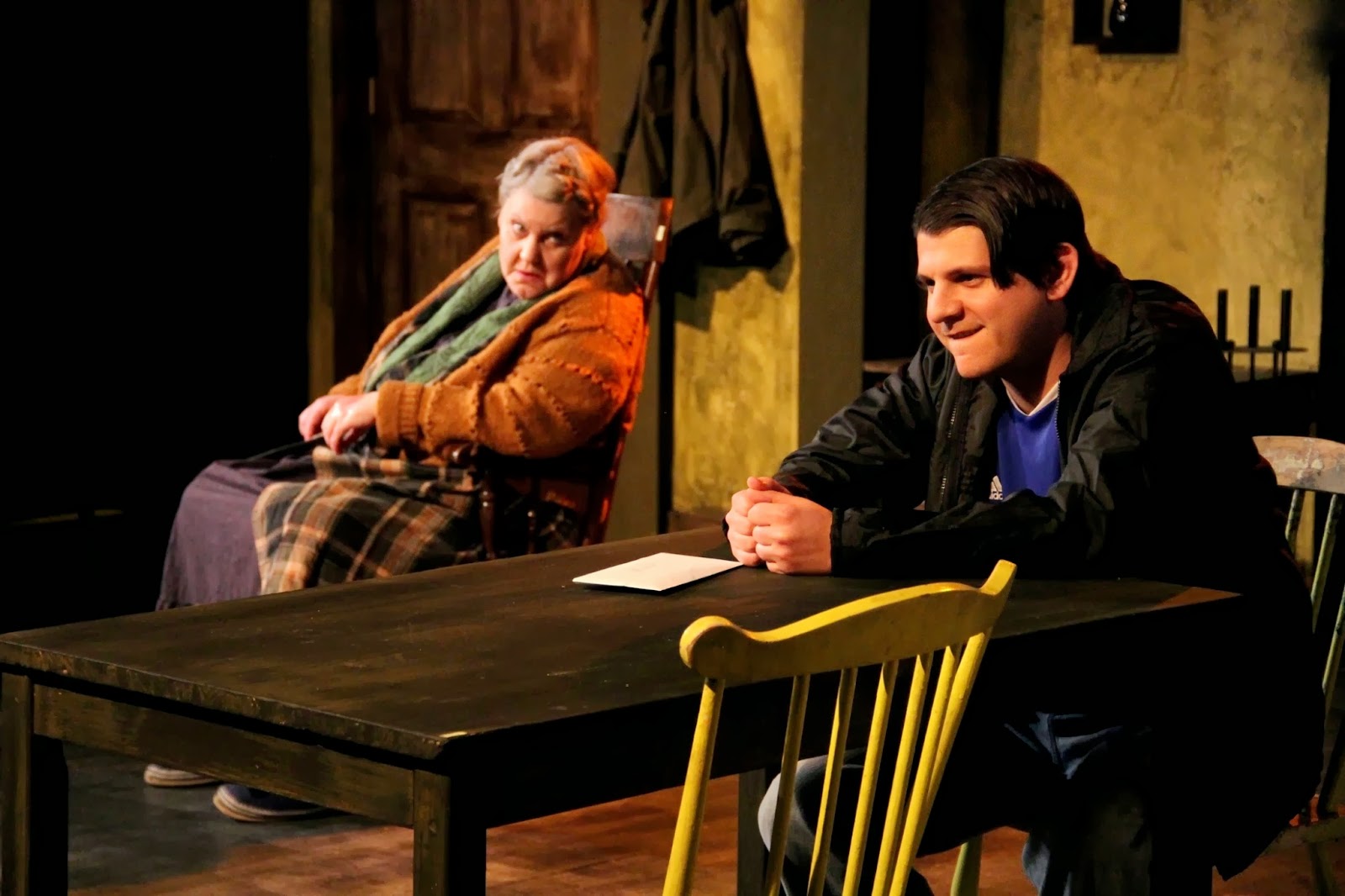 The scene in which Pato comes out of Maureen’s bedroom and encounters Mag at breakfast time is priceless comic gold.
The technical end of things has been handled better than any show thus far at The Edge. Christopher Waller’s set design gives us the charred innards of an Irish shanty to rustic perfection. Waller’s sensitively graduated lighting design enhances the show immeasurably.

Note:    Playwright McDonagh has given us an Irish contemporization of what really goes on in the dark psychological backdrop of fairy tales like “Snow White” ... minus the dwarves and happy ending.

Posted by David Marlowe Theatre Reviews at 9:53 AM