HAMLET
The Stage Theatre: 1/24 – 2/23
The Denver Center Theatre Company
Director Kent Thompson has chosen to set his visually magnificent production of "Hamlet" in the time just prior to World War I. 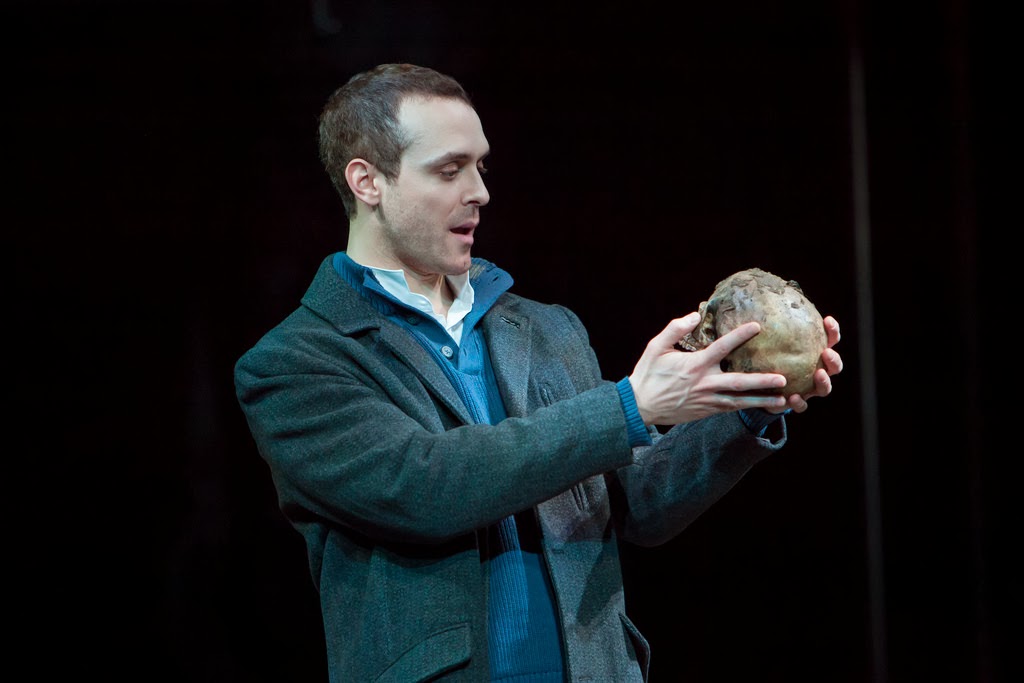 Aubrey Deeker’s stab at the central character gives us a truly indecisive young man. Walking a fine line between an intellectual and emotional tack this handsome actor leans into the assumption of a certain paralysis by way of analysis. This becomes the cause of his Hamlet’s inability to act. Mr. Deeker deserves a great deal of praise for his performance of this role because there is no harder thing to act than inaction. 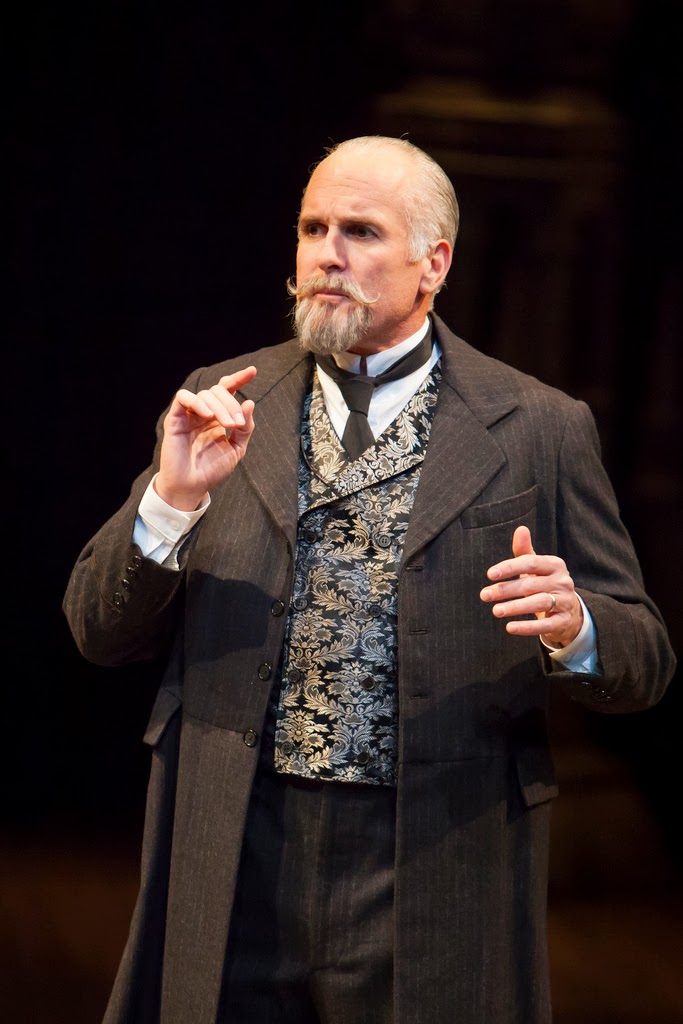 Sam Gregory
Sam Gregory’s studied portrayal of Polonius, father of Ophelia and Laertes is studied work indeed. When Gregory is onstage we hang upon his every word as if it were pure gold. Gregory’s facial expressions, physiological stage movement and verbal tonality are perfectly measured and utterly congruent.
Philip Pleasants’ character work is of the first magnitude in each and every moment he’s onstage. His grave-digger is outrageously well done and enormously funny. Like Mr. Gregory, his work is consummate craftsmanship of the highest and best. 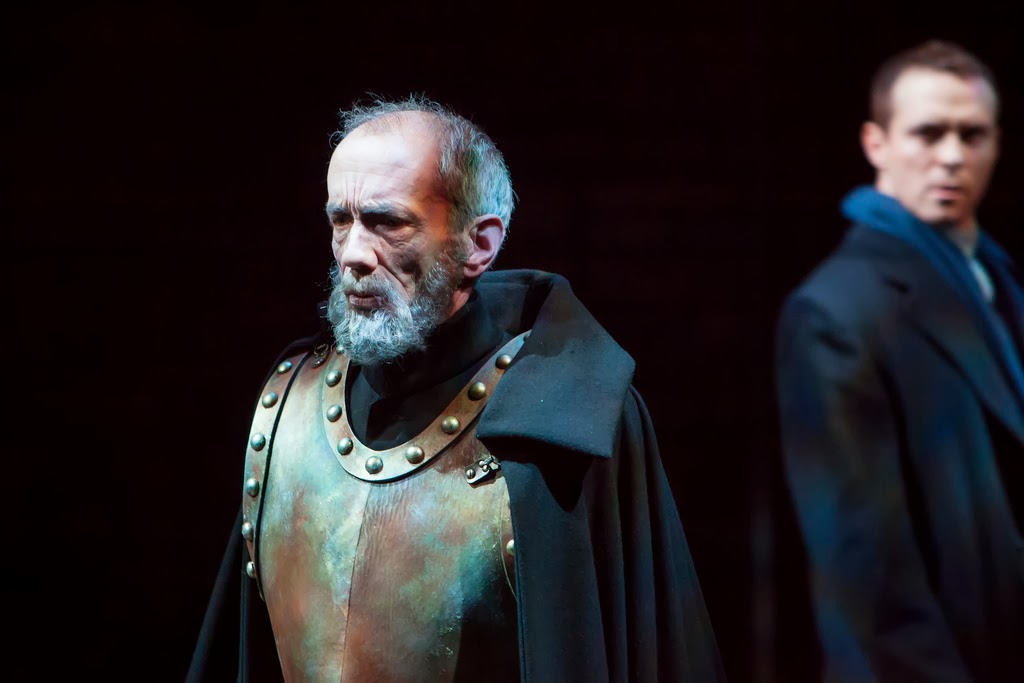 John Hutton is unforgettable as the Ghost of Hamlet’s father. This actor is also responsible for a thoroughly entertaining and hilarious version of the Player King.
Kathleen McCall has chosen to give us a Gertrude who is more a fashionista swept along by the tide of events. A vision of sparkling gaiety in the opening scenes, Ms. McCall is at her best in the scene with Hamlet in which Polonius eavesdrops behind the curtain in her bed chamber. 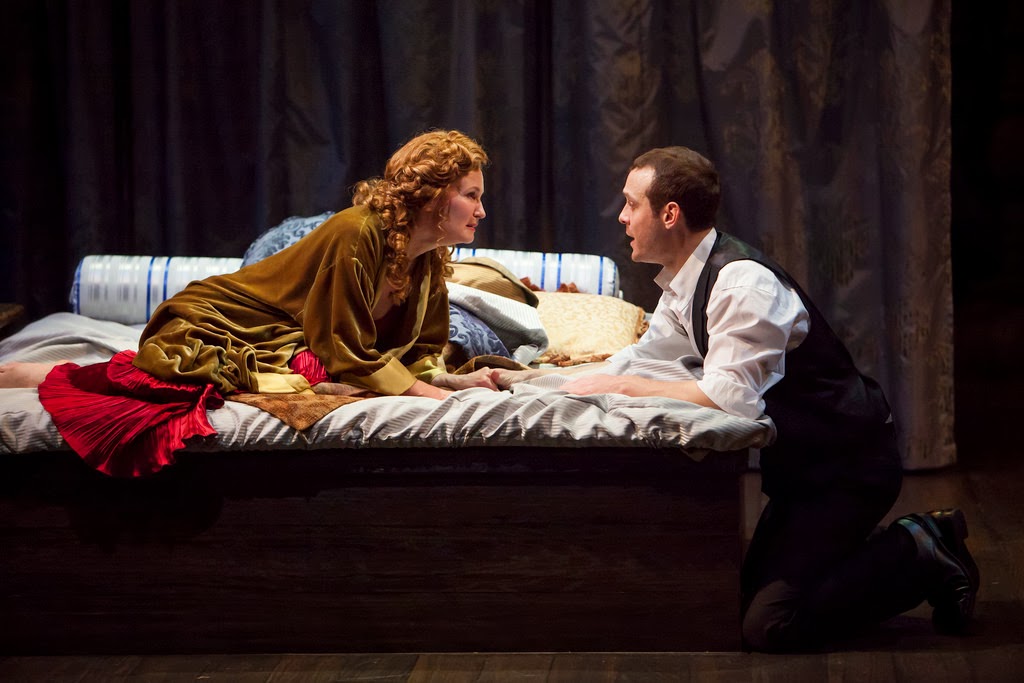 Elizabeth Novak’s costume design is eye-popping. However … one does wish that Ophelia’s costume for the mad scene might have been more realistically sullied and tattered.
Jacob H. Knoll who plays Laertes, rips our hearts out with his grief at hearing of Ophelia’s drowning.
It is to be noted that Shawn Fagan’s performance in the role of Horatio is teriffic. So important in setting the tenor of the show, Horatio’s elocution of Shakespeare’s words in the early scenes of the play is stunning.
The rousing incidental music composed by Gregg Coffin provides an auditory exclamation point at the top of each scene that causes the audience to lean forward in their seats in anticipation of what will follow.
Craig Breitenbach’s sound design is of the breathtaking quality one by now expects.
Robert N. Schmidt’s scenic design is richly laid out with its scaffolding hinting at the fact that Denmark was already in sore need of reconstruction prior to the old king’s murder.
York Kennedy’s lighting design dazzles.
The heart-pounding fencing match near play’s end rivets thanks to the genius of Geoff Kent’s expertise in coaching the fight-choreography.
To go, or not to go. That is the question.
The answer?  Go! Go! Go! Go! Go!Marlowe's Musings
.

Single tickets for Hamlet start at $35 (non-SCFD) and also are available for $10 (SCFD 10 for $10 program).  To purchase, call Denver Center Ticket Services at 303.893.4100.  For groups of 10 or more, please call 303.446.4829.  TTY (for Deaf and hard-of-hearing patrons): 303.893.9582.  Tickets also may be purchased at the Denver Center Ticket Office, located in the Helen Bonfils Theatre Complex lobby.  Buy and print online at www.denvercenter.org.  Student rush $10 tickets are available one hour prior to curtain with a valid student ID subject to availability.  Senior and military rush tickets are available one hour prior to curtain, subject to availability. No children under four will be admitted to any theatre.

Posted by David Marlowe Theatre Reviews at 8:58 AM